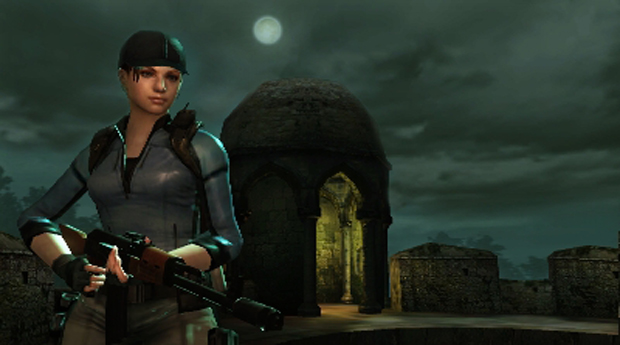 It’s only 16 seconds long, but this new teaser for Resident Evil: The Mercenaries 3D does a great job of summing up the game’s selling points; online co-op, non-stop action, and incredible graphics. The new Nintendo Power adds a few more details to that list; including info on the game’s skill/medal system, the possibilities for DLC, and the hint of an unannounced feature that will add to the game’s replayability.

Replayability is the last thing I’m worried about when it comes to Resident Evil: the Mercenaries 3D. After playing a round at the game at PAX last month, I immediately wanted to jump back in to shoot for better grade. That’s one of the many advantages of “arcade-style” games. Unlike narrative based games, they only end when you lose your drive for a higher score. I’m really excited for Resident Evil: Revelations too, but once a narrative is over, the incentive to keep playing drops considerably. That why I’m expecting to put a lot more time into Mercenaries than Revelations in the long run.

All stories have to end, but my love of high scores will never die.