New information and screenshots of Radiant Historia: Perfect Chronology are here thanks to Famitsu. On top of the new “Sub-History,” Atlus will add voice acting, a new character named Nemesia, and “system additions.” Gameplay screenshots look quite similar to the original DS version, bringing into question if that is enough to justify Atlus calling this a “full remake.”

How would you define “full remake?” No one would deny Final Fantasy VII Remake will live up to its name. Title aside, Square is rebuilding the entire game from scratch with voice acting and new, modern graphics and gameplay mechanics. Consequently, these updates will necessitate changes and even cuts to the original game (like with Resident Evil REmake and Metal Gear Solid: The Twin Snakes), but also allow for new content. Not enough is altered to label it a re-imagining of the title.

Even without the changes in content and gameplay, most would agree Final Fantasy VII Remake would still classify as a remake with just the graphical upgrade. On the other end, most would not consider a port with additional content a “full remake.” That includes developers and publishers. Games like Monster Hunter XX, Kingdom Hearts II: Final Mix, Dead or Alive 5: Last Round are considered upgraded versions or “remasters,” rather than full remakes. Therefore, when determining to call a game a “remake” or not, the amount of content is irrelevant.

Some define a “remake” merely on the condition that a game was rebuilt from scratch, not using any assets from the original game. Vicarious Visions calls Crash Bandicoot N. Sane Trilogy a remaster despite its drastic visual enhancement because it used the original level geometry from the original games. By that reasoning it would be impossible to look at Perfect Chronology and call it a remake, but there is an issue with this definition: what if a developer decided to remake a game with no assets from the original, and it culminated into the exact same game with identical visuals and gameplay? You could say the developers technically remade it, but for marketing purposes it is effectively the same game. 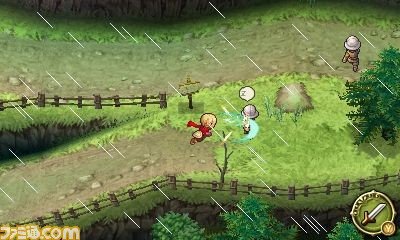 For a game to be considered a “remake,” it must feature either a significant visual upgrade, gameplay renovations, or both. By this definition I would consider Crash Bandicoot N. Sane Trilogy a remake collection, rather than remaster to separate it from Final Fantasy X HD‘s resolution and frame-rate improvements, in spite of the terminology Vicarious Visions uses.

Without a noticeable visual upgrade, then, there must be additional or radically different gameplay mechanics to consider Radiant Historia: Perfect Chronology a remake. Dissidia 012 comes to mind. Some call it an upgrade of the original Dissidia, but some use the word “remake” to describe it. Dissidia 012‘s biggest selling point was the amount of extra content it brought to original story (the inclusion of which prevented a “prequel” label). While the visuals didn’t improve much, if at all, the gameplay was greatly reworked.

Why does game nomenclature matter? Aside from potentially misleading consumers, calling a game a “remake” justifies a higher price tag than if were just a port, with or without extra content. The original Radiant Historia released on DS for $34.99. Perfect Chronology will be a full $60 based on the 6,480 yen price tag in Japan, its “perfect edition” 9,800 yen or ~$88. Atlus is nearly doubling the price for the new “Sub-History.” When Persona 4 Golden (an update of Persona 4) released on Vita, it included over 10 hours of new content and cost only 2/3 the price of the original game.

Atlus promises additions to the game “systems,” but there is limited information on what those additions are. There better be some significant improvements to justify the price hike.