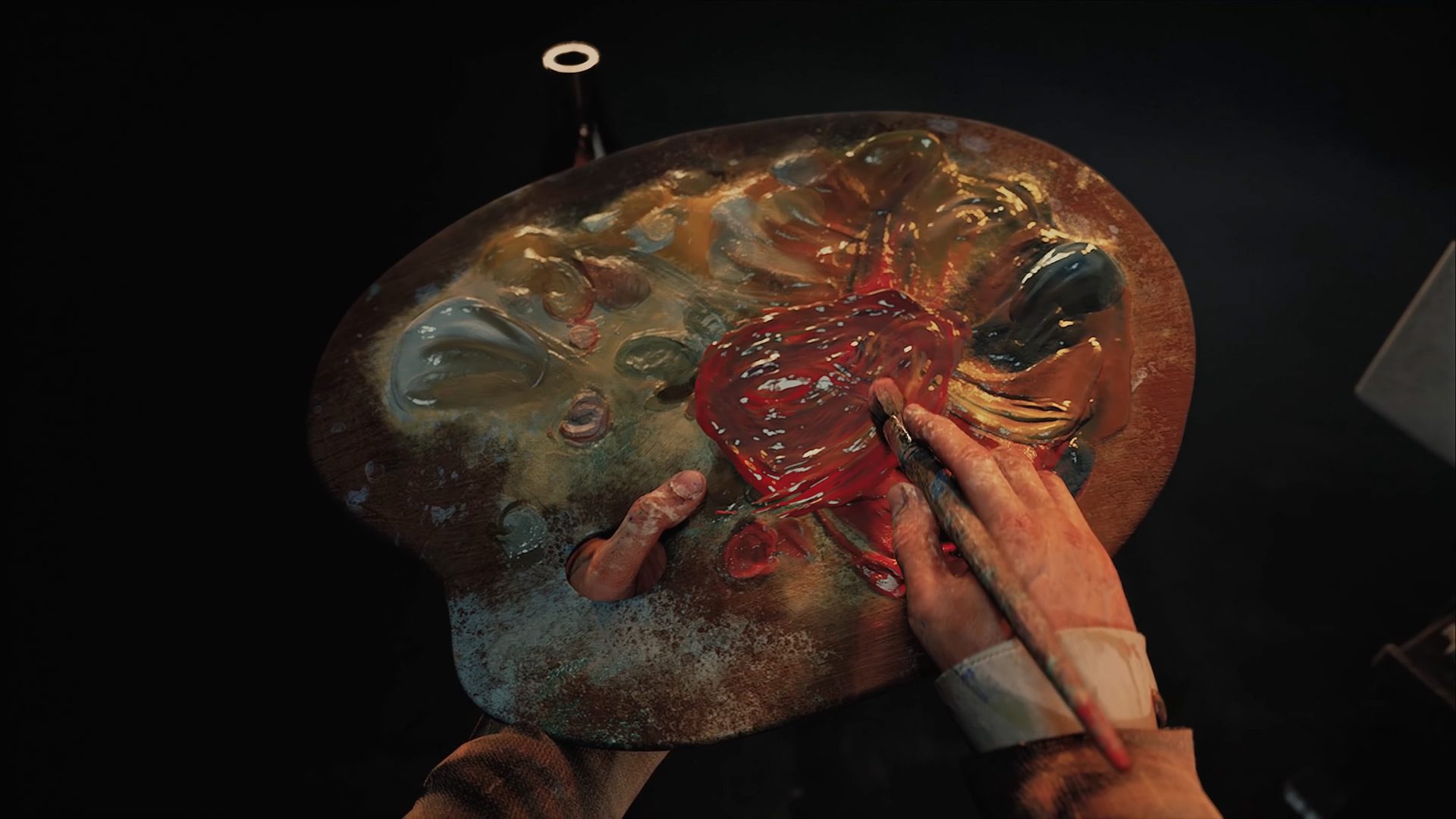 Whether it’s Layers of Fear 3, a remake, or something else remains to be seen

Bloober Team is playing around in the twisted world of Layers of Fear again following its dual-reality psychological horror game The Medium. In a new Unreal Engine 5 teaser, we’re shown an uneasy painter swirling around some pretty paint while voices fill his head.

This looks and sounds like the “insane painter” protagonist from Layers of Fear, and there’s also a nod to Layers of Fear 2 with that admission ticket on the table — for those of you who skipped it, the game took place on a ship. Tony Todd even (Candyman) narrated!

“I’m really glad we’re coming back to this world, wiser and more experienced,” Bloober Team CEO Piotr Babiebo told IGN. “For me, it’s important that we make this announcement during the Tokyo Games Show, as for many of us Japan is the cradle of psychological horror games. As a studio, we also have two other projects in the works, one in production and one in pre-production.”

We heard a similar comment just a few months ago, in relation to Silent Hill speculation. I’m waiting for that saga to come to a definitive conclusion either way, but for now, more Layers of Fear makes sense. These games aren’t always crowd favorites, but they sell.

With the way this teaser is being framed, I could envision the game being a remake — the tech looks so much better — or a numbered sequel. I’d be down for either route.