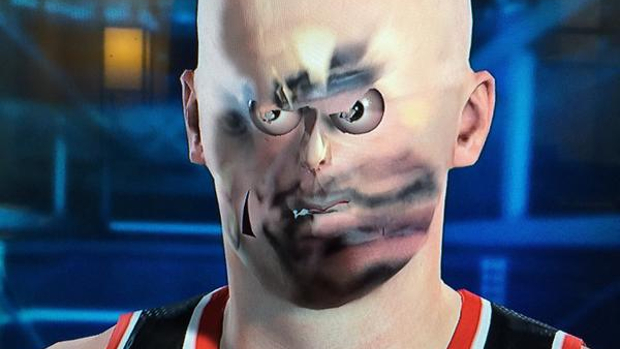 Spooky stories to tell in the dark

At least Madden‘s glitches were funny. This is more like The Fly, or the chimera in Fullmetal Alchemist.

Joe the Plumber as a Cenobite that likes the Blazers. Stuff of nightmares. pic.twitter.com/9AvZJvR9uE

@Ronnie2K #bruh really? Lmao this was my attempt on the face scan😒😒😒 pic.twitter.com/33Zro8HHVt

@Ronnie2K the face scan is wack. The future is not here my time has not come what is this bruh pic.twitter.com/r5HAXePVkP

.@seth_rosenthal putting in my entry for worst 2k face scan. Pic doesn’t capture the terror of watching him blink. pic.twitter.com/fUzjcRxbWg

When you go to meet ya Twitter boo at the club and she leave with another nigga pic.twitter.com/YVQ93y8MfQ