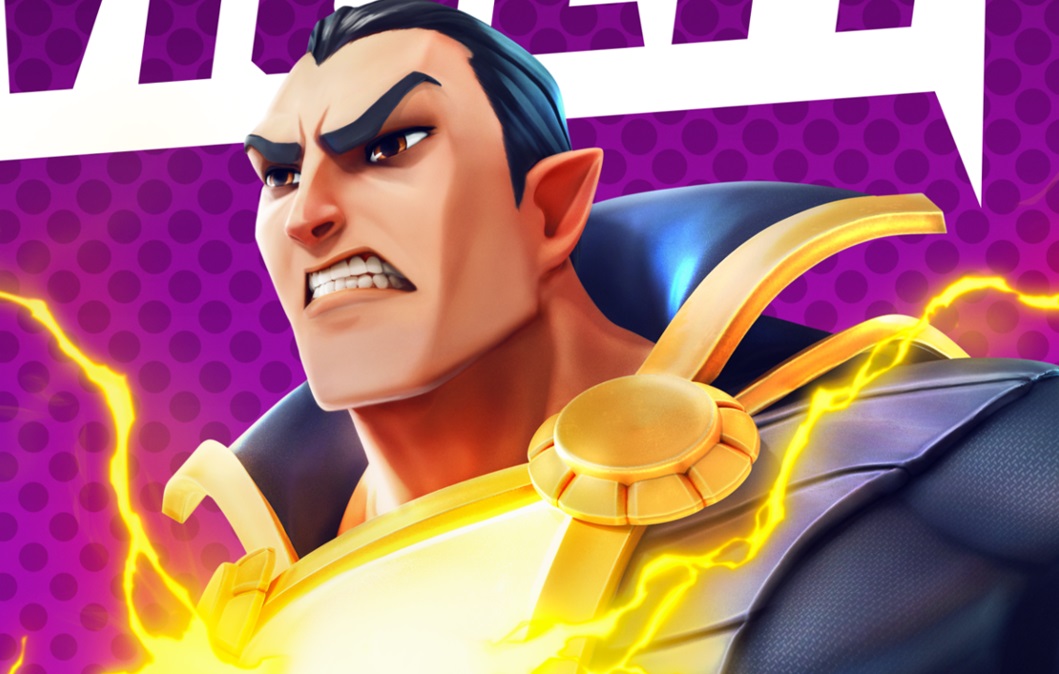 The *other* kind of Avenger

[Update 2 (10/31): The delayed MultiVersus 1.05 update will officially launch later today. Black Adam, Arcade Mode, “Silly Queue”, Space Jam skins, and a fresh balance update will be made available on all platforms in the coming hours. For full details, check out the official MultiVersus blog and patch notes.]

Born out of rage, now printed on a trading card. 😏 Black Adam takes over #MultiVersus on Monday! pic.twitter.com/7Eh6opOv6H

[Update: It’s MultiVersus tradition! Player First Games has announced that the Black Adam update is not ready for launch, and a rescheduled release date will be announced in the near future.]

The Gods have spoken and Black Adam is not quite ready to change the hierarchy of #MultiVersus. Stay tuned and thank you for your patience, Mortals. pic.twitter.com/4jhstiKfP3

Player First Games has some exciting news for fans of its platform-based brawler, MultiVersus — The studio has announced that a new update is headed to all platforms this week, bringing with it DC Comics’ anti-hero Black Adam, as well as a neat new Arcade Mode for single-player/co-op action.

Debuting way back in 1945’s The Marvel Family, Black Adam was depicted as a predecessor of Shazam (then Captain Marvel) who had ruled with an iron fist (not with Iron Fist) over ancient Egypt. Eventually banished to a distant galaxy star, Adam would eventually return seeking revenge against Captain Marvel and his kin. In later series, Black Adam would receive a new origin story, involving his Pharoah like burial and resurrection. The character has since gone through a variety of reformations, though has retained his anger, darkness, and unpredictable nature even when working alongside the powers of good.

The MultiVersus incarnation of Black Adam eschews the character’s recent movie appearance, (where he is portrayed by Dwayne Johnson), and instead relies upon his more typical, comic-book looks. We are yet to see the character in action, but we can expect a helluva lot of storm brewin’, with the caped one’s mastery of lightning and super strength in full effect. Black Adam joins former Season 1 character additions Gizmo, Stripe, and Rick & Morty.

In addition to the arrival of Black Adam, the new update will add an all-new Arcade Mode to MultiVersus. While details are still sketchy, we do know that the mode will feature multiple difficulty settings, and will support one or two players. It is likely that the mode will consists of a typical “ladder” of opponents of A.I. opponents to conquer, and will be a useful tool for players still finding their feet in the madcap scrapper.

MultiVersus is available now in open beta on PlayStation, PC, and Xbox platforms.