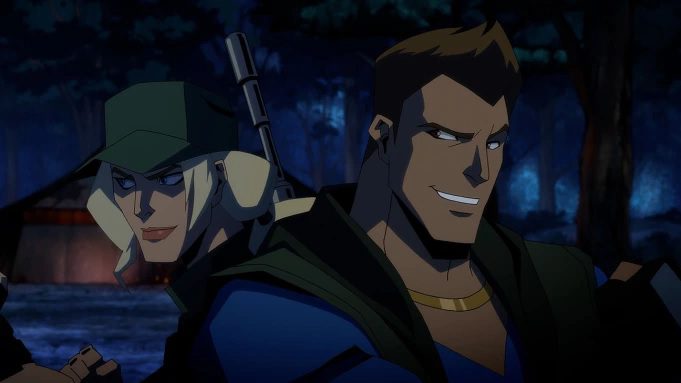 Warner Bros. Studios has announced it is currently deep into production of a second movie in the animated Mortal Kombat Legends series. The sequel to 2020’s Scorpion’s Revenge is titled Battle of the Realms, and will see the MK OGs squaring up against characters fans will recognize from both Mortal Kombat II and Mortal Kombat 3.

No plot details have been revealed for the Mortal Kombat Legends sequel — initially confirmed by Mortal Kombat co-creator Ed Boon — but the undoubtedly gory romp will see cast members return from the previous film, including Joel McHale as Johnny Cage, Jennifer Carpenter as Sonya Blade, and Patrick Seitz as Scorpion. Among the many characters making their debut appearance in this animated universe will be Kung Lao, Jade, Smoke, Stryker, the Kuai Lang version of Sub-Zero, and, surprisingly, Mortal Kombat X‘s bug-babe, D’Vorah.

While I’m not really a fan of the WB Studios’ art and animation style, I’m always up for another trek into Outworld and beyond, so I’ll be sure to keep you all up to speed on further details for this Mortal Kombat Legends sequel once they are available. Battle of the Realms is currently in production at WB Studios, with a release scheduled for late summer/fall.

At least there was some Mortal Kombat news this E3… right?.. RIGHT?..

Excited to finally share the news of another Mortal Kombat animated film. By the same team that made Scorpion's Revenge!