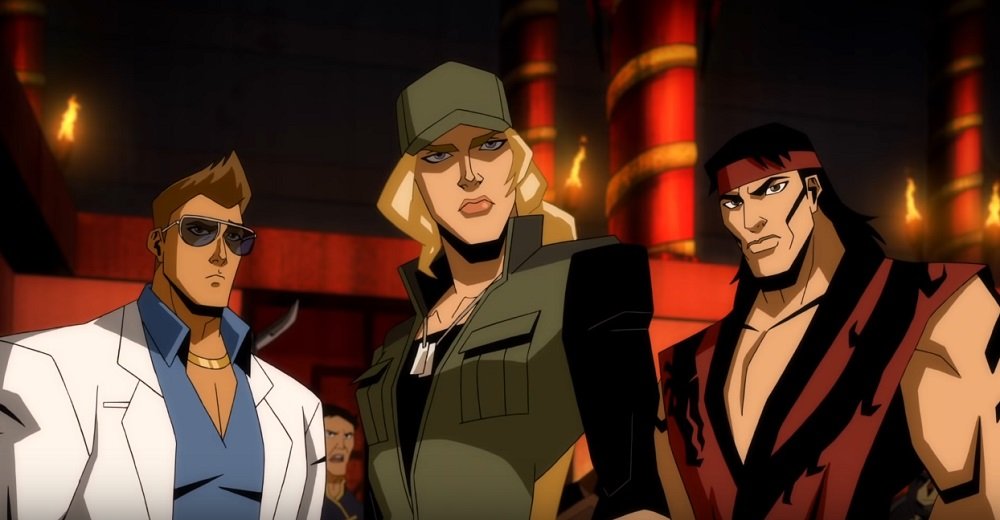 This weekend, Mortal Kombat 11 held its Final Kombat 2020 tournament in Chicago, which saw the gory fighter’s finest players throw down to prove themselves the best in the world. Accompanying the spine-snapping action, developer NetherRealm Studios had a couple of reveals in store for eager fans.

The first showcase was the impressive gameplay trailer for long, long-awaited DLC character Spawn, while the second reveal was this uncensored “red-band” preview for upcoming animated movie Mortal Kombat Legends: Scorpion’s Revenge. And, in keeping with that fan-fiction-tastic title, the preview is oddly childish.

So, I get it, we aren’t all as old, grey-boned and cynical as my bad self – but it’s been a hell of a long time since someone marketed something to me by specifically boasting of its “EXTREME VIOLENCE” and “BAD LANGUAGE”. In fact, the whole presentation reeks of “Whoa! Mom isn’t going to like this!”, leaving me wondering if I’m just getting too jaded, or whether Warner Bros. truly sees its faithful Mortal Kombat fanbase as kids, giggling over swear words and freaking out at an ounce of claret.

Is that what we, the community, are to them? “OMG! SwEarINg and BlooD!”. It’s a snug assumption, given that Final Kombat also ran previews for the equally edgy Harley Quinn animated series. Perhaps as fans we reap what we sow… But personally, if you want to sell me on a Mortal Kombat movie, just show something that is stylish, fluidly animated, and faithfully reps the universe and its characters, without leaning hard on the assumption that I’m getting palpitations because someone said “Shit”. MK doesn’t need the gimmickry, we already love it for what it is.

Regardless, if you missed out on the action and want to check out Final Kombat 2020, the full event, along with clipped highlights, can be found over on the official NetherRealm Twitch channel.