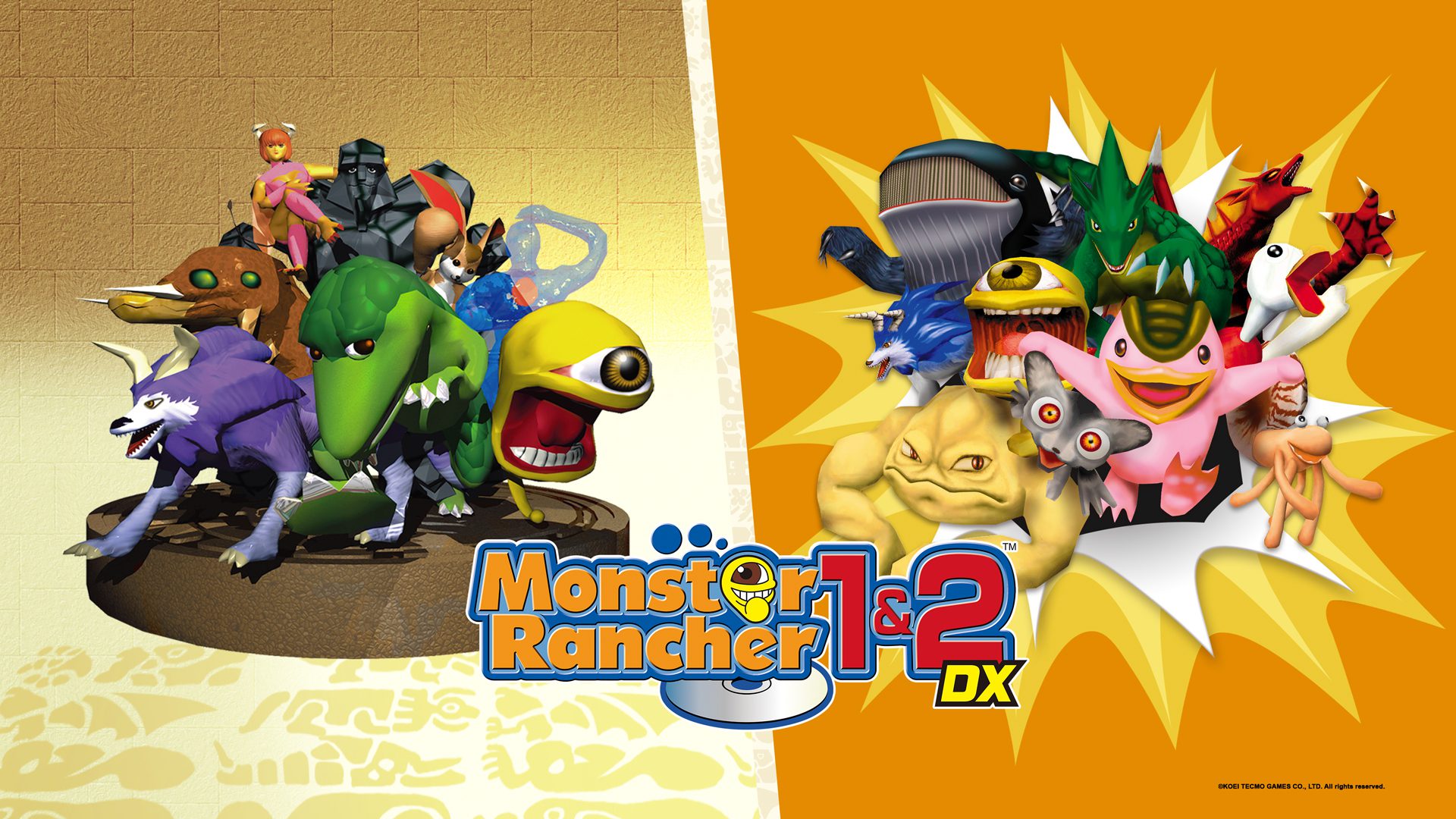 I have so many vivid memories of Monster Rancher growing up. For those unaware, this was a monster-training game (and anime!) in which players used their real-life CDs (those things before MP3s took over) to generate monsters. So imagine a whole generation of gamers rifling through their collection of Backstreet Boys and Sum 41 CDs to find out which ones would provide the coolest and most powerful monster in the game. Or maybe asking their dad for every AC/DC CD (that’s fun to say!) in hopes that “Back in Black” might yield something other than another Suezo (the one-eyed poster child for the series).

It was an absolute blast and one that just hasn’t been replicated for obvious reasons. Actually, I guess there was that one Digimon handheld device that scanned barcodes in the store to give you different Digimon. That was also really neat! But herein lies the problem: this shit is so late-1990s, and to be honest, I’m not really sure Monster Rancher holds up for anyone completely new to the idea.

Seriously, does anyone under the age of 24 own a single music CD? 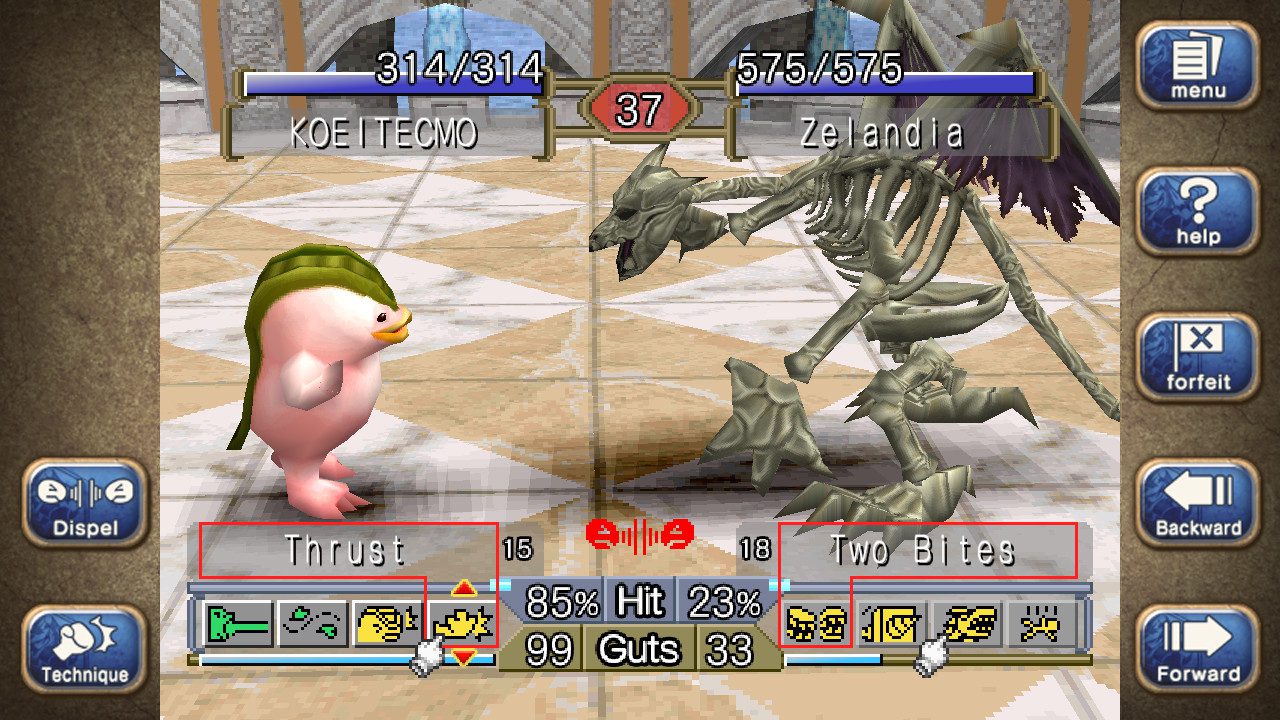 With the new DX version of these games, CD-hunting has gone by the wayside.

Instead, Monster Rancher 1 & 2 DX players simply type in an artist or album they want to use, and then click on the CD they want — and off it goes. Again, it’s fun to be a millennial and think back to all those amazing artists we used to (and probably still do) jam out to. I didn’t need a reason to recall Blind Melon’s self-titled album and see what abomination the game spit out at me, but I sure as hell enjoyed doing it! But would anyone else who doesn’t have nostalgia for the game and the time period? Probably not.

So, for the uninitiated and soon-to-be-disappointed, after generating a monster using masterpieces like No Doubt’s Tragic Kingdom, players take their monstrosity back to the ranch (hence the title) and train it. This is a very passive event; players simply pick a training program, then watch the monster do it. Sometimes they fail, sometimes they cheat, the little bastards. Stats go up and down depending on the training program, and every once in a while, monsters can go on bigger training programs to learn new moves.

This all culminates with the monster fighting in tournaments. The fighting itself can be passive or active, but even the active method isn’t very mechanically engaging. Monsters go monstro a monstro (please laugh) and shimmy back and forth while executing attack moves. Players can tell their monster which move to use, but only if they are at the right distance apart from their opponent. Early on, monsters will occasionally not listen, making it all the more…exciting? To be honest, it’s kind of lame to describe, but dang if I don’t get hyped up while yelling at my little shit for not listening or missing a key attack. There is a hard-to-describe riveting nature of it all.

And that’s kind of it? Eventually, monsters will die from old age, or even run away. They can be frozen and fused, in line with the monster-seeking madness of the 1990s, but it’s still a very passive game. To me, though, this is perfect. Monster Rancher 1 & 2 DX is a low-stakes, chill-out kind of game that fits perfectly with lazy afternoons and vacation days. The music is boisterous and fun (and remastered!), while the PS1 aesthetic brings me back to my youth in all the best ways.

Maybe I’m wrong — maybe a new generation can stumble onto this one day and appreciate it for all that it is; there is something to be said for watching your monster grow up, stop cheating on its training, and reap the benefits in future tournaments.

I think it’s important to note that I’m honestly not sure there is any appeal in playing the first Monster Rancher. Playing it now, I’m pretty confident I have never even played the original before. It just feels like the second game, only worse.

Outside of your nostalgia coming from the OG Monster Rancher, the only real draw here is the second, more robust sequel. The DX version auto-saves frequently, which is wonderful, as well as having a fast-forward feature (not as useful as those in many of Square’s ports) and monster sharing and battling online. Great features, but other than the better auto-saving, none that I personally am too interested in. I just want my little weird-ass monster to eat his fish, punch rocks over, and fight giant crabs. 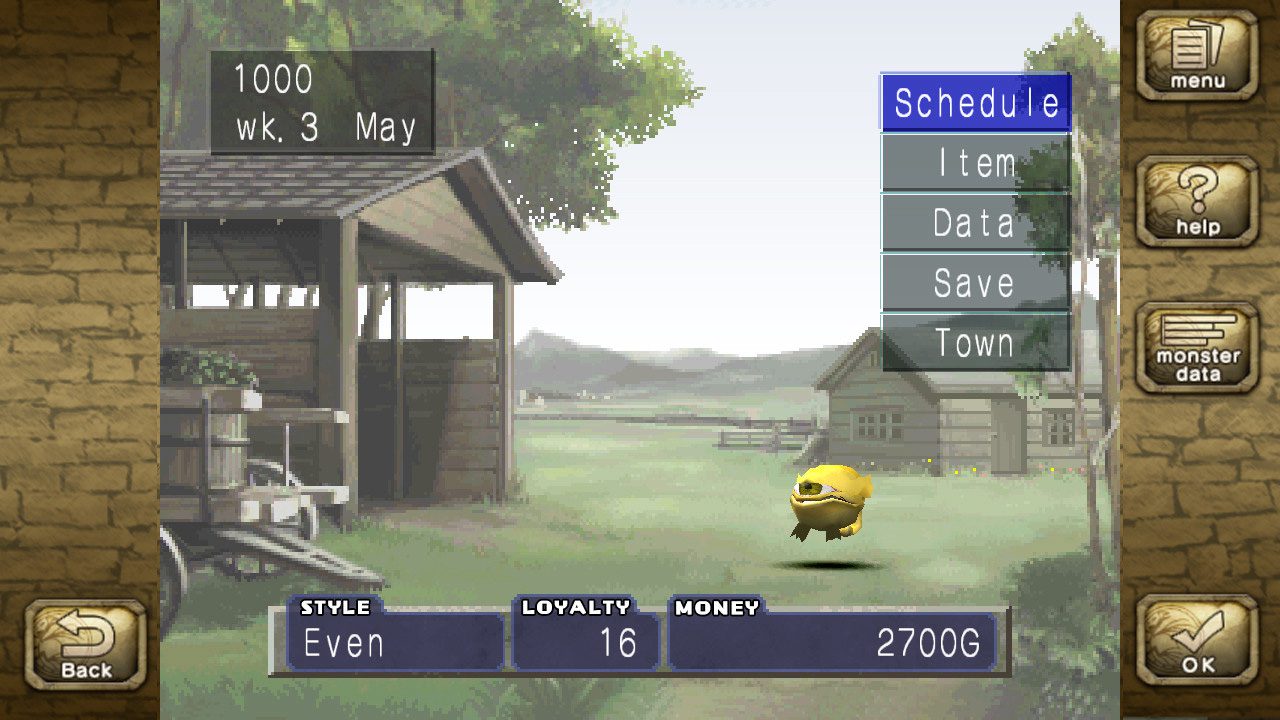 The Nintendo Switch port is fine, if not a bit disappointing. There are buttons in the margins that make up for the aspect ratio difference, but you can’t actually touch them on the touchscreen. You have to push the associated button.

It’s worth noting that the screenshots in this article are from the Steam port, and from what I understand those buttons are clickable with a mouse, though I can’t comment personally on the usefulness of the mouse and keyboard control scheme — reading Steam reviews, it’s not great. Even the fast forward operates from a menu only. So either everything is in fast forward, or it isn’t. Not to mention I had no idea that it was actually the fast forward option because it’s just called “FF” with no context.

So while I don’t think that Monster Rancher 1 & 2 DX is here to sweep up a new generation of fans and propel the series into a second wave of popularity, I do think it hits all the right nostalgia buttons for my generation. This isn’t a case of a bad game that we now realize is bad because we’re older; it still has that same charm and wonder that it used to, I just don’t know if it translates well to a new audience without the physical media and monster-collecting craze as context. But, to borrow a phrase from the younger generation, playing Monster Rancher again while cozy in my pajamas is definitely a vibe.