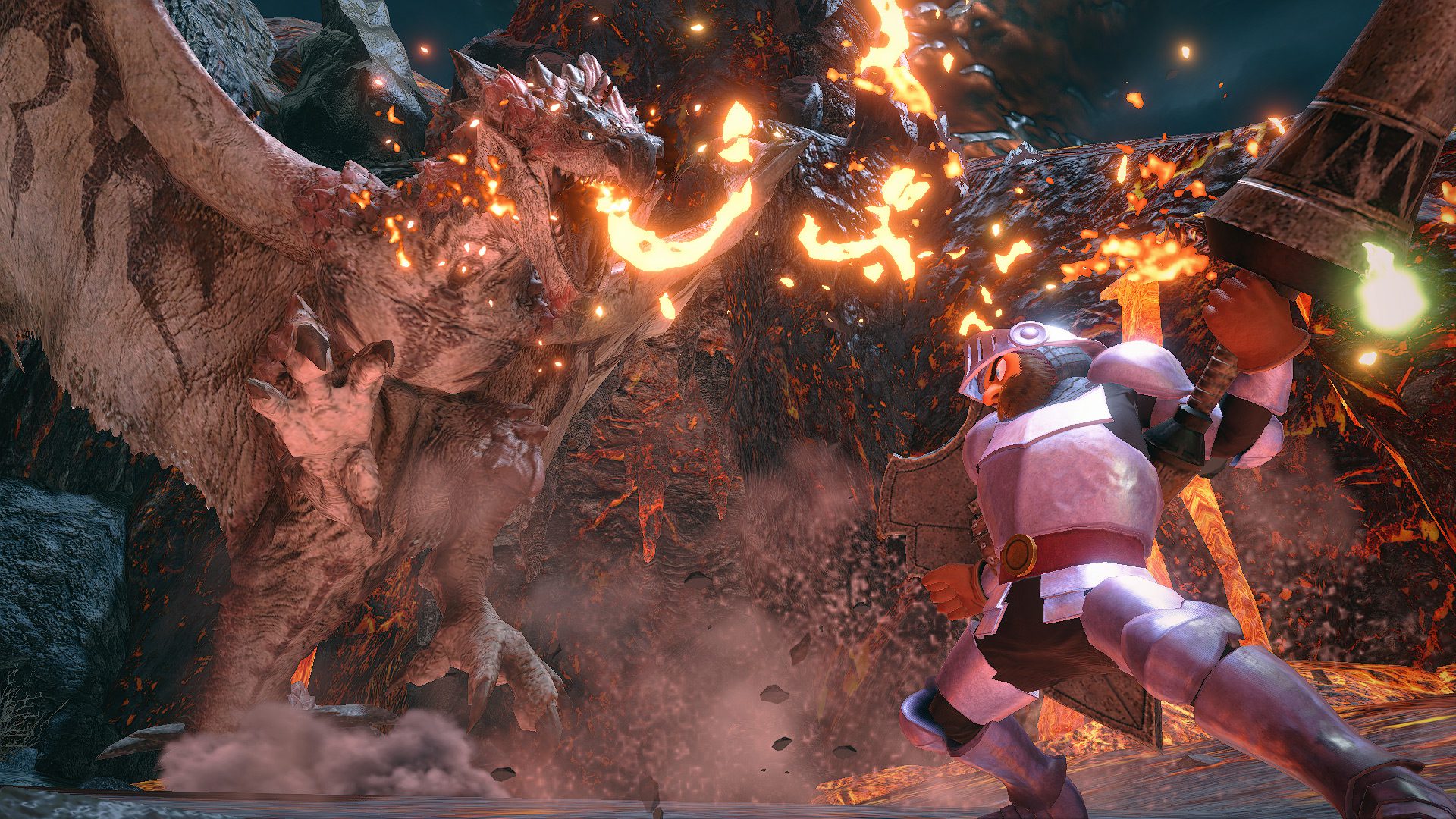 Arthur can throw lances instead of kunai

As someone who regretfully dipped out of Monster Hunter Rise and might circle back for the better-running PC version in January, I expect to see a bunch of cool and wacky crossovers when I return to the hunt. With Tokyo Game Show this week, Capcom has announced two near-future Monster Hunter Rise collabs: Ghosts ‘n Goblins (October 29) and Sonic the Hedgehog (November). These will of course be free updates, and I’m intrigued.

Try not to let Arthur stare directly into your soul. I mean really try.

Capcom Collab 5 is our favorite clothing-challenged knight, which feels like a spot-on selection for a Halloween-ish release. And yeah, come to think of it, Ghosts ‘n Goblins Resurrection might be a fun spooky pickup if, like me, you just never got around to it.

Arthur will be available as layered armor for your hunter, and he’ll be unlockable with an Event Quest. I like how instead of slinging kunai at beasts, he’s hurling lances here.

So, what about Sonic? Is he going to look like a total goober in Monster Hunter Rise? Capcom isn’t “ready to share any info yet, but the collab is scheduled to drop this November” while the Sonic the Hedgehog 30th anniversary celebration is still in effect.

For now, we’ll have to use our imaginations. I hope it’s a particularly meaty chili dog.

Here’s the update schedule for Ghosts ‘n Goblins and Sonic the Hedgehog if needed: 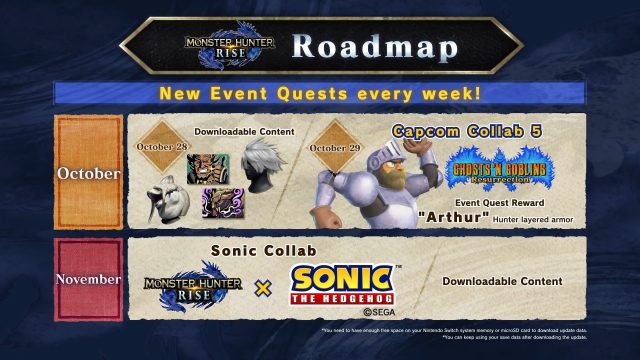 Waiting for something big to sink your teeth into? It’s probably getting to be about that time. Aside from these smaller updates and collabs, we’ll have to wait until this summer for Malzeno, Shogun Ceanataur, and everyone else in Monster Hunter Rise: Sunbreak.