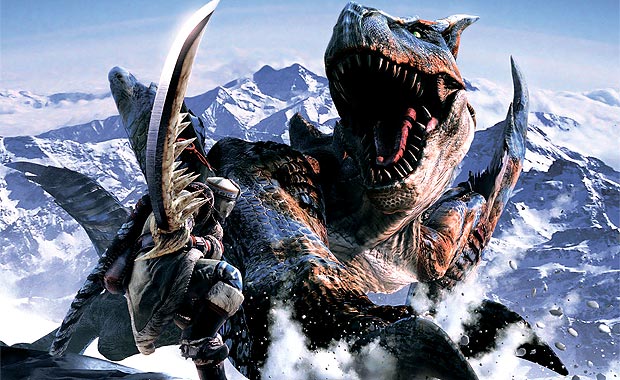 If I were going to be crass, I guess I could describe Capcom’s Monster Hunter franchise as “Pokémon for grownups.” That’s not quite right, but Monster Hunter is reaching pocket monster–level popularity in Glorious Nippon (even while generally floundering in the West), so the analogy kind of fits. Like an elliptical peg in a parabolic hole, if you will.

Anyway, grind-heavy RPGs like the upcoming Monster Hunter Tri for the Wii really thrive in the multiplayer, a feature hetherto missing in Western releases. It’s certainly possible to play Monster Hunter alone, but you can forget about having a chance at those god-tier loots. Luckily, North American players will soon have the opportunity to grind and monster hunt with their friends to their heart’s desire: Capcom community specialist Shawn Baxter has confirmed that, like it’s Japanese counterpart, the American version of Monster Hunter Tri will be ditching Nintendo’s pesky friend codes.

Publisher Capcom will be running Monster Hunter Tri on its own servers, allowing American players to build and maintain Monster Hunter–specific friend lists right from the menu. What hasn’t been determined, though, is how much online play will cost—Japanese users user a pay-per-play system that requires users to buy Nintendo Points.

Any game that manages to avoid using Nintendo’s friend codes is a cause for celebration, as far as I’m concerned. More than that, though, it appears that Capcom is willing to invest the time, money, and infrastructure required to grow the Monster Hunter brand in America. With competent online play (and a reasonable price model), they might just pull it off.