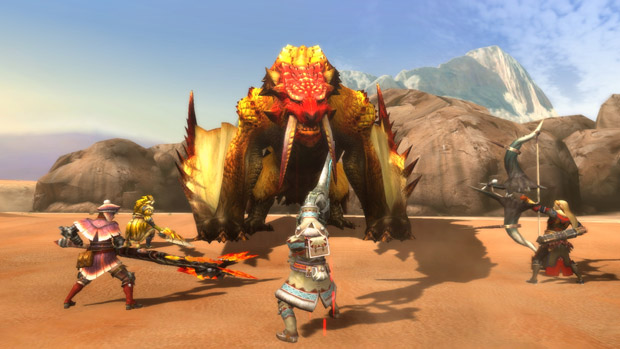 Look for the tool on the 3DS eShop

Thanks to a delay, those of you who own a copy of Monster Hunter 3 Ultimate for both 3DS and Wii U have missed out on the ability to transfer save data between the two versions. That’s no longer the case, as Capcom has confirmed that the free transfer tool is now accessible from the 3DS eShop.

What’s more, the Wii U eShop has gotten the Packet Relay Tool, allowing 3DS users to play Ultimate online by connecting to an online-enabled Wii U console. Go on, don’t resist — let Monster Hunter consume you. If I owned a Wii U, curiosity would’ve gotten the better of me by now.