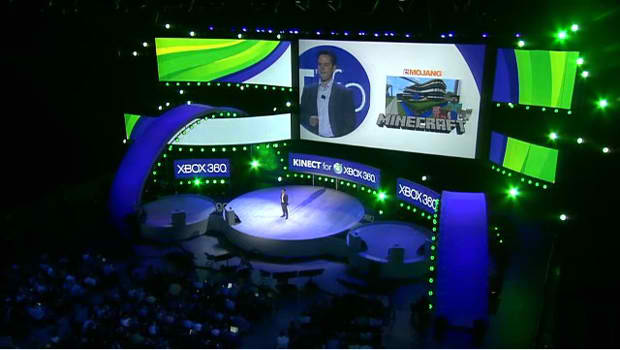 Even companies with net worth in the millions are guilty of turning in a rushed assignment from time to time. While Microsoft Studios seemed pretty confident getting behind a Xbox Live Arcade port of the indie PC hit Minecraft, at E3 last year, the publisher only signed the deal a week before the announcement. Even crazier, the graphic they made for the announcement was a rushed job made the night before.

“Even the people inside Microsoft, as they were looking at it, were thinking, ‘What is that Minecraft thing and why are we putting it on stage?’ Phil Spencer, head of Microsoft Studios, told Destructoid.

When Spencer isn’t giving the Halo 4 guys hugs, he is pushing Microsoft to embrace indie titles like Deadlight and Limbo. With Minecraft becoming the most profitable game in XBLA’s history, Spencer should feel pretty content with his decision even if it came together last minute.

“And then the thing comes out and sells 2 million copies in a month,” Spencer said. “Did I know that? No. Even Mojang didn’t know that.”