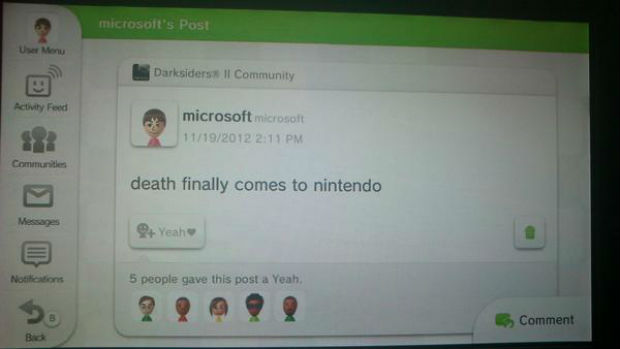 It’s not much, but it’s something

It seems like the Miiverse gets a small update every other week, but progress is progress! Yesterday the service was given a minor patch that changed the search function’s place in the UI, and made it a little easier to find.

Also, you can now search for users in the web version of Miiverse. Before, you could only do it on the 3DS and Wii U. Feature parity is a great thing, and hopefully Nintendo will expand this uniform concept to an official Cross-Buy system.