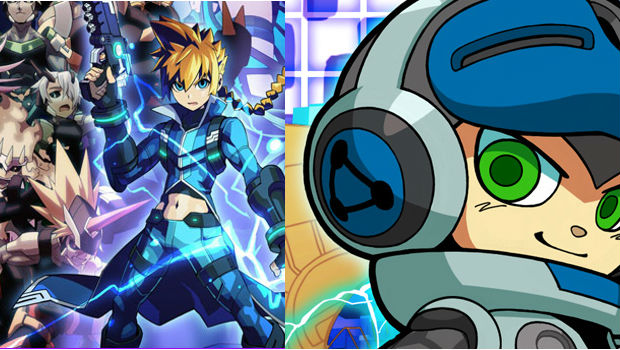 Mighty Gunvolt, a free game that comes with Azure Striker Gunvolt, is set to hit the eShop soon as a classic 8-bit revival much like Capcom’s own Mega Man 9 and 10. To give you a bit of background on the game, developer Inti Creates has put up a producer roundtable of sorts, involving Keiji Inafune himself.

In the video they talk a bit about why they wanted to go for the 8-bit feel, and how the game is very much a delivery system/teaser for Mighty No. 9. As such, the team feels like they need to add some DLC. It’s confirmed to be “under development,” and it is hinted that it will showcase Mighty No. 9‘s Beck first and foremost.

I can’t say much about the game at the moment, but come back on Friday for a full review.