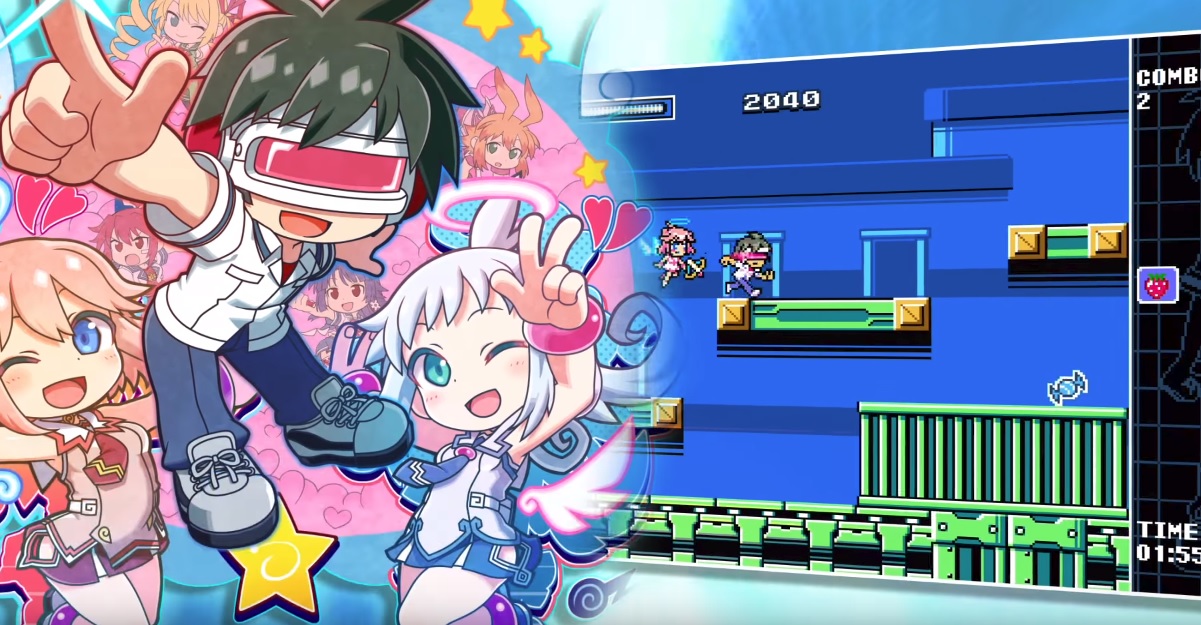 Inti Creates has been steadily supporting Mighty Gunvolt Burst, the follow-up to their original Mighty Gunvolt experiment, and it’s been working out nicely for them. Free updates have added plenty of quality of life upgrades to the game for sure, but the various bits of DLC really changed the game for the better, especially given how differently some of them play.

This week Tenzou is now a part of Burst — the now-named protagonist of the Gal Gun series. Oddly enough Inti Creates have found a way to make Gal Gun cute, and now have Tenzou running around with the previously included Ekoro the angel.

Other small changes include an increase to 40 total save slots, buffs for Gunvolt and Copen, and various bug fixes.