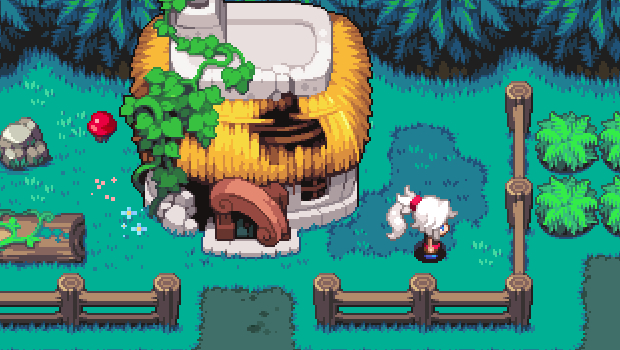 There’s no cap on this one, so don’t deMinish it

Midora‘s art is so nice that many thought it was too good to be true, leading to claims that the game’s graphics were directly lifted from The Legend of Zelda: The Minish Cap. Those accusations have been debunked, but that won’t matter either way if the game doesn’t get produced. Right now the game is a little over $40K funded, with a goal of $60K total and 8 days left on the campaign. That’s far from a sure thing, thought things are looking better on Steam Greenlight, where the game is currently sits at #19.

I’m still rooting for the Kickstarter to make it though, mostly for the perks and the potential for console ports. Current stretch goals place a Wii U/3DS port at $80K, PS4/PS Vita at $100K, iOS/Android at $120K, and Xbox 360/Xbox One at $140K. I’m thinking that the only port with a chance in heck is Wii U/3DS, but you never know what’ll happen in this wacky modern world of ours. I mean, Tetsuo is apparently Scarlet Johansson now fer cripes sake…