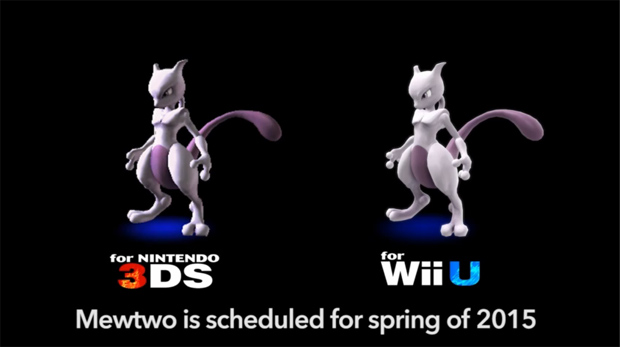 Free DLC if you own both versions of the game

I didn’t want to flood the page with mini Super Smash Bros. Wii U news updates out of Nintendo’s live stream this afternoon, but, Mewtwo! He’s coming to both games this upcoming spring.

If you register the 3DS and Wii U version of Smash, he’ll be free to download. And with DLC finally confirmed, I wonder what else Nintendo has in store for us post-release.

For those of you who either can’t or won’t watch the whole video, Steven’s working on a recap now.