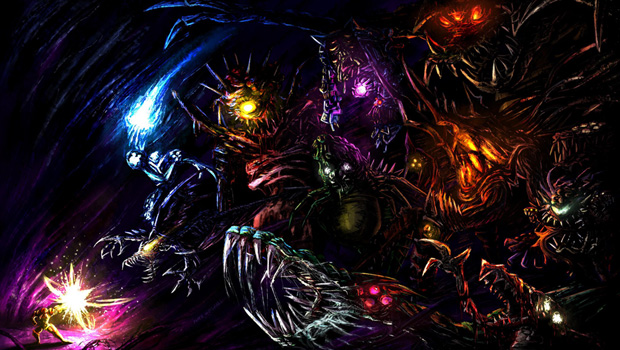 Follow-up to the amazing Harmony of a Hunter

Last year, Metroid fan site Shinesparkers assembled a massive team of musicians for Harmony of a Hunter, a two-disc explosion of Metroid tunage. It was so incredible that even original Metroid composer Hip Tanaka was digging the groove!

That wasn’t enough, though. Plans were quickly underway for an “expansion pack” of sorts to be titled Harmony of a Hunter: 101% Run. As project coordinator Darren Kerwin explains, “Originally, we only decided to include roughly 12 tracks to the Harmony of a Hunter expansion, focusing on the big tracks that didn’t make it the first time. But then other musicians felt that there were other tracks we could cover, and soon enough that number doubled and then tripled. We ended up with an album that is larger, longer, and higher in quality than the original.”

At final count, 101% Run contains a whopping 39 tracks by 32 musicians — 50 if you include vocalists. It’ll be released for free on the HoaH page on November 17, just in time for the tenth anniversary of Metroid Prime. A project this massive deserves your time and attention, so enjoy the final preview above as well as further behind-the-scenes goodies below.

Here is a practice session for “Samus Voyage,” a massive series-spanning medley performed by the HiScore choir based out of the University of Skövde in Sweden. “It’s a very diverse track and really shows how talented the group are,” Darren says. “Not only were they working with content they were not familiar with, but they also had to make it all work together and to deadline. I can tell you from personal experience that it’s no easy task trying to manage multiple people, but I feel that [group leaders Sebastian Mårtensson and Samuel Lidström] did a fantastic job.”

A track like this demonstrates just how well the music from the Metroid series can be adapted to a variety of styles and genres — Darren draws attention to Sebastian Mårtensson and Kristin Björkebäck’s “Kraid’s Campfire Ballad,” an entry off the first HoaH that features acoustic guitar and an accordion. Each game has a different feel, lending themselves well to different interpretations. Even the oft-scorned Other M, Darren believes, has a very atmospheric score with beautiful cutscene melodies that is often overlooked because the overall soundtrack wasn’t as memorable as the others in the series.

Some of the returning artists wanted to step up their game for 101% Run. Sam Dillard is back with the Super Metroid Maridia arrangement “Beyond the Glass,” heard in the preview above at the 3:30 mark. Sam muses, “My idea was to convey an initial sense of beauty and intrigue, like gazing into a bizarre aquarium, there is a sense of disconnect with the outside world. But then the glass begins to shatter, and the illusion of safety is gone. Now you are thrust into this dangerous world and the real journey begins.”

Derris-Kharlan follows up his original “Metroid Medley” with a second, heard at the 2:14 mark. Remember how I said Hip Tanaka was pleased by the HoaH album? He was specifically praising Derris-Kharlan’s chiptune mix. “For my second entry,” he says, “Darren asked me to focus on the Prime trilogy, a series of games that I had, admittedly, had very little exposure to. However, upon becoming familiar with the music it was clear that I had been introduced to a gold mine of audio goodness, and I got hard to work at reconstructing each theme in a memorable, but very personal way.”

There are many newcomers, such as Stephan Wells, who has dipped his toes into several tracks on the album. The first song he tackled was based on “Secrets of the Chozo” from Metroid II. He states, “It’s a very conspicuous and strange track that was very hard to work with, but at the time that’s what Darren proposed to me, and I didn’t complain. I’m glad I didn’t because the resulting remix, fittingly called ‘Alluring Darkness,’ was quite a success I think. It’s got a pretty dark atmosphere, helped by spacey effects and [fellow album artist] Buoy’s fantastic guitar work.”

Notable artists like Martin “Video Game Pianist” Leung and Vomitron join returning faces like Mazedude and VikingGuitar. They’re all prepared to rock our worlds this Saturday when Harmony of a Hunter: 101% Run drops. Make sure to keep the album page bookmarked, and don’t forget to follow the project’s Facebook page for any future developments.

Filed under... #Freebies#Gallery#Interview#metroid#Offbeat#Things gamers do