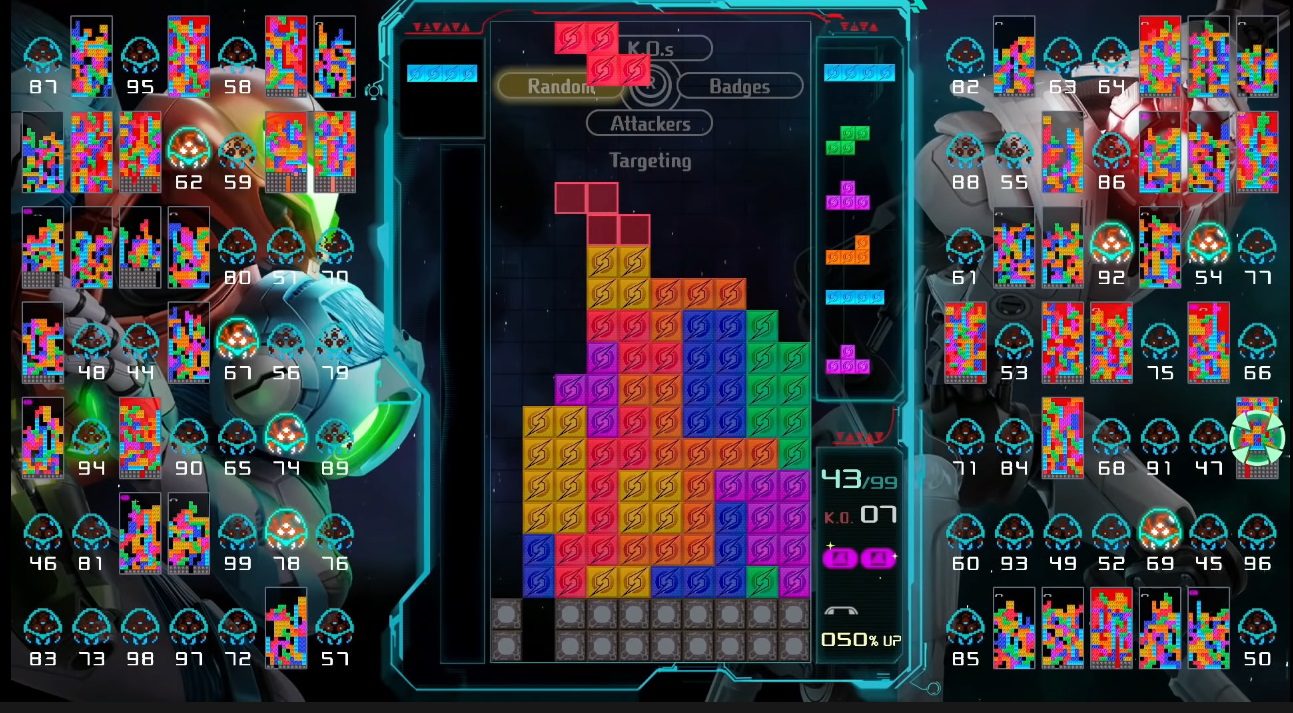 Samus it ever was

Battle royale block-buster Tetris 99 will be offering up a brand new crossover theme later this week, which this time around features the spooky sci-fi aesthetic of recent Nintendo Switch smash hit Metroid Dread.

As with previous in-game themes, the Metroid Dread decorations will be free to all players who complete a fairly simplistic challenge. Simply play Tetris 99 online between Friday, October 29 and Tuesday, November 2, and after earning 100 event points you’ll unlock new wallpaper, sound effects, and music based on the wild escapades of bounty hunter Samus.

You can check out a video of the theme in action below. Gotta love that nostalgia-tweaking celebratory fanfare.

Tetris 99, which launched exclusively on Nintendo Switch in February 2019, takes the frantic wall-destroying gameplay that is the series’ trademark and marries it to the battle royale format, with 100 players battling it out to be the last… umm… block standing. Previous Maximus Cup events have featured famous video game franchises such as Splatoon, Sonic the Hedgehog, WarioWare, Super Mario Bros. Kirby, and Fire Emblem. Metroid, clearly, is among fine company.

Tetris 99 is available to download now on Nintendo Switch. You can check out Chris Carter’s Metroid Dread review here.