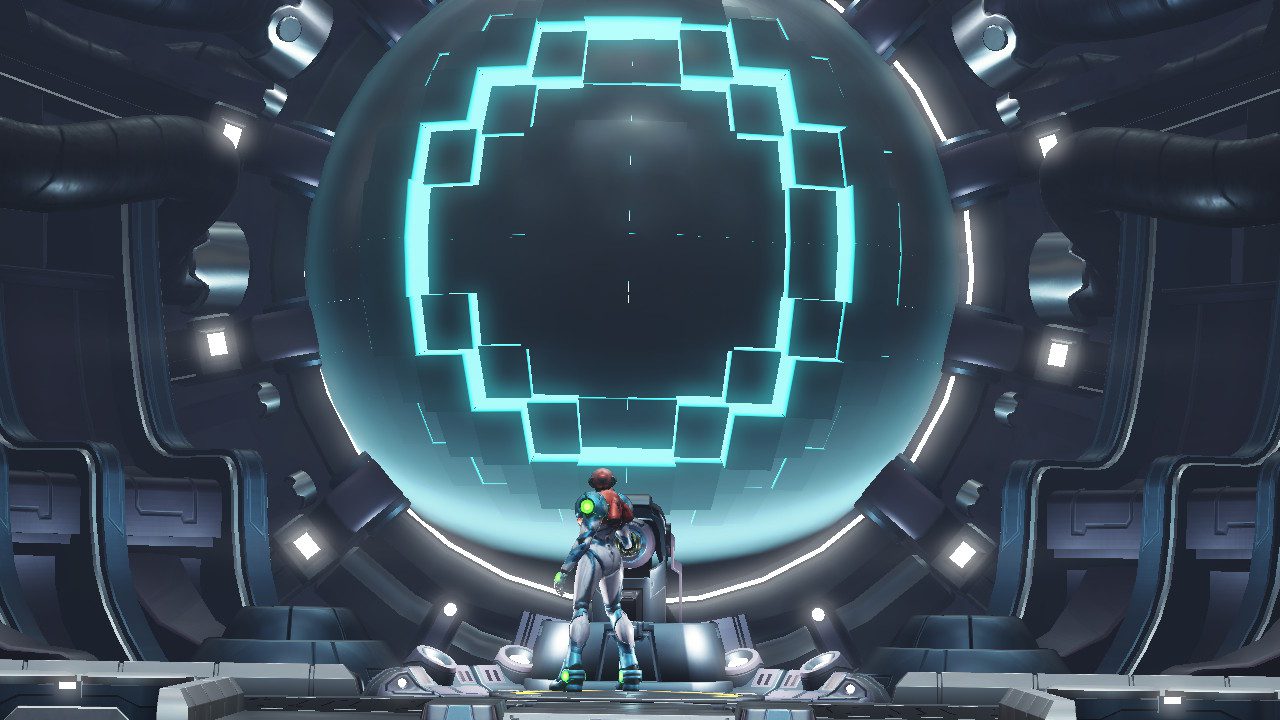 The end of the Metroid saga

For a lot of us, Metroid: Samus Returns was a big deal. It had been a mighty long time since Other M had come out, and year by year, people had given up hope that we’d see Samus again anytime soon: Federation Force was the powder keg of that school of thought. But eventually Samus did in fact return to planet SR388, or more specifically, to her origins, as Returns was a Metroid II remake. But folks were itching for a true follow-up — one that would continue the story of the Metroids, and we finally got it with Metroid Dread. 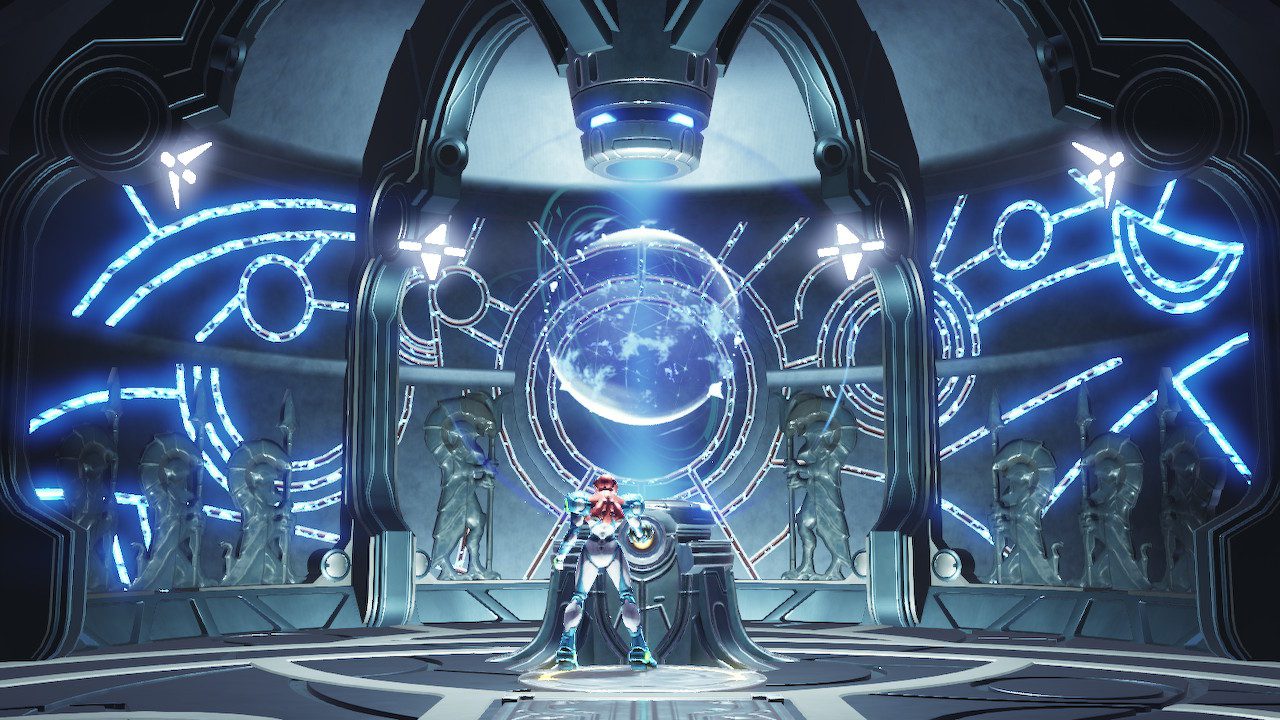 Metroid Dread is a fascinating entry because it clearly has a lot to offer for lore nuts, despite utilizing the very-at-home minimalist narrative. Very early on you’re just kind of going from place to place, getting upgrades (as Samus does), and by the end, the story beats are ramping up heavily to the point where you’re getting multiple semi-lengthy scenes of exposition. It is the “conclusion of the Metroid saga” after all, as Nintendo has billed it leading up to the launch.

The promise of more Chozo lore was really what lured me in, and although I can’t comment on specifics at the moment, Dread is ready to deliver. It’s also very much a continuation of everything that’s happened so far, riffing heavily off of the events of Metroid Fusion. It also has that classic “physical amnesia” explanation for why Samus isn’t a badass at the start of the game, and plenty of Adam AI dialogue to explain what’s happening. Metroid Dread isn’t going to blow anyone’s minds, but there’s more than enough tidbits to satisfy a chunk of people who have been invested in this tale, possibly since the beginning.

Samus continues to showcase plenty of anime-esque badassery in cutscenes, reminding us why she shows up in games like Smash Bros. and why she’s considered such a feared bounty hunter. The team does a great job of augmenting these with first-person visor-vision sequences too, a few of which provide literal dread and suspense. There’s a good chunk of 30-seconds-or-less action scenes, most of which are justified and just plain fun to watch.

But as always, discovering new zones that weave into the tapestry of the planet is what you’re going to be doing most of the time in Dread. You walk to the end of a forked path, discover a purple icon blocking the way, head back, go to the other fork, then come back eventually with an item that can blow up purple blocks. The Metroidvania formula is commonplace now, but Metroid still pulls it off masterfully.

Extra items tucked away in nooks are entwined with natural problem-solving, where you can look at a spot and logically figure out how to get there: especially if you can recall some of Samus’ past gadgets from memory. It’s part overly-familiar part magical, and while Metroid Dread does tend to play it safe when it comes to traversal, it doesn’t make it any less thrilling or fun in the moment.

The joy of seeing an item behind a rock and going “I can get that later,” marking your map with a specific color, then eventually being reminded that it exists and you have the tools for the job; it’s still priceless, and a concept Metroid helped pioneer. Eventually you start to cruise around effortlessly, as Samus can slide, melee counter, fire 360 degrees, and shoot missiles at the start of the game. You’ll pick up new toys along the way, but Samus isn’t starting out with nothing to offer.

I know melee counters (returning from Returns) aren’t beloved, but I adore the design space it opens up. Dashing while triggering a melee attack does damage, helping break up the strategy of constant shooting. You’re also incentivized to counter as countered enemies drop more items/pickups, and it’s all very swift and fluid. “I missed a charged shot and quickly readied a counter at a charging enemy” is a classic case of Dread tilting toward a more engaging action framework, and it works well. Sure, the counter is also used as a timed QTE of sorts, but sparingly, and always coupled with a rewarding scene.

Those moments of triumph are sprinkled with literal dread, too. It’s nice to see Samus humbled by the new E.M.M.I. enemies. These mysterious and seemingly impervious (until you get preset superweapons in each zone they’re in) robots stalk you in certain areas (read: not throughout the entire game) and can kill you in a hit by grabbing you. If caught, all you have as recourse is to try for a counter in a very small window, then run away again. As the game puts it: “your highest priority in an E.M.M.I. zone is to survive.” 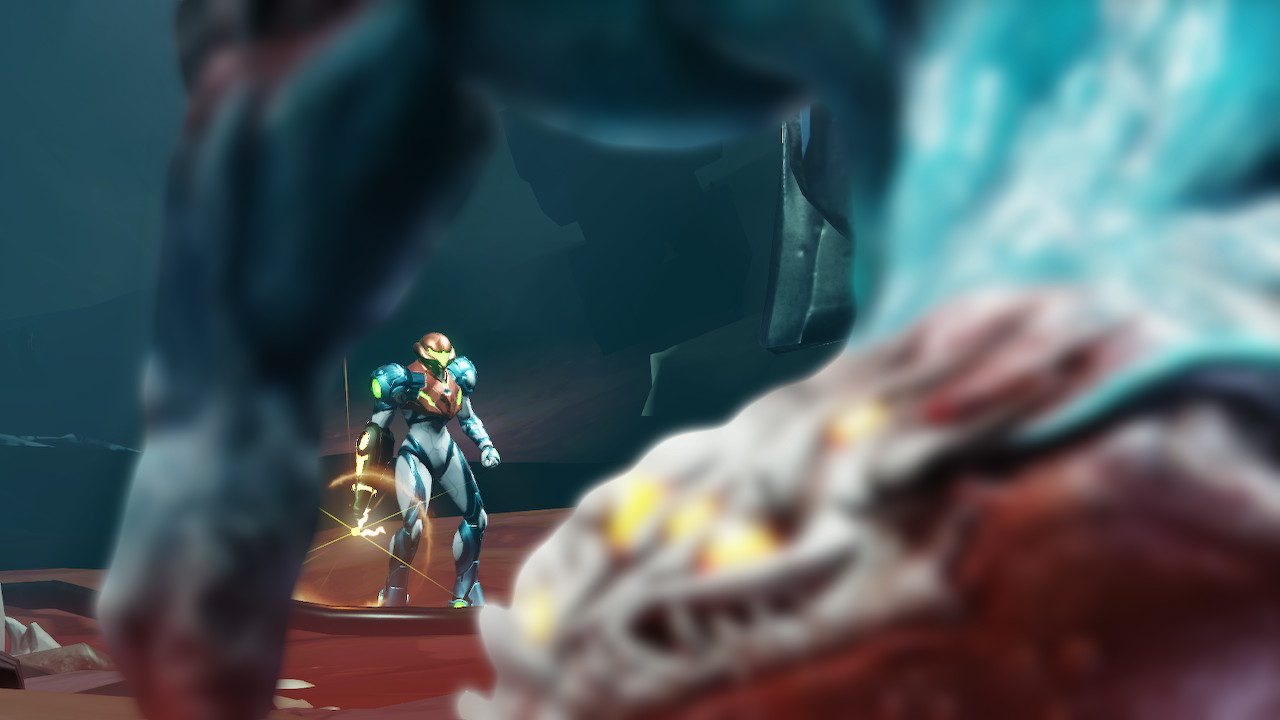 Initially, I thought these bits might get stale, but there’s not that many of them overall and there are several models; so each time you enter an E.M.M.I. area and face one down, it turns into a fresh and fun loop. I love outwitting and juking them (especially when you get the cloaking ability): it’s tense, in a good way, to have to account for them. I died several times because I ran into a corner and then didn’t have the fortitude to counter them properly, which is a testament to how cool these portions of the game can be. Things get even crazier when you encounter a comically wobbly/slow-opening door while you’re being chased.

There’s some very creepy and unsettling alien designs to boot, alongside of a few formidable bosses; which sport incredibly retro patterns that can be fun to pick up on and conquer. The dull side of this is that the game has the tendency to repeat miniboss fights very often, so once you do memorize those patterns, those bouts can feel like a rote exercise until you’re onto the next big thing. A few of them could be considered padding, and could have very easily been excluded.

One other thing I eventually noticed about Dread was a lack of urgency or excitement when moving from zone to zone. With the exception of later areas (a few of which are lore gems), many of the maps are personified through simplistic geographic qualifiers, lacking in personality. Areas defined by temperature is not a new idea for the franchise by any means, but when I sound off the names “Norfair,” or “Brinstar,” you can probably recall their maps from memory. And I’m not even going to bring in Wrecked Ship: one of the most unique zones in any Metroidvania to date.

That’s not necessarily the case with Dread. The disjointed map doesn’t help add a sense of cohesion to the affair, as each zone is broken up individually and separated through a series of elevators, transportation vehicles, and warps. When you want to see another zone, you need to bring up the map, zoom out, then zoom back in after selecting it, then repeat the process. While this style of map can be seen as convenient in a Metroidvania, the warps especially are mostly means to an end: provided after a boss fight to lead you to the obvious next corridor on the critical path. 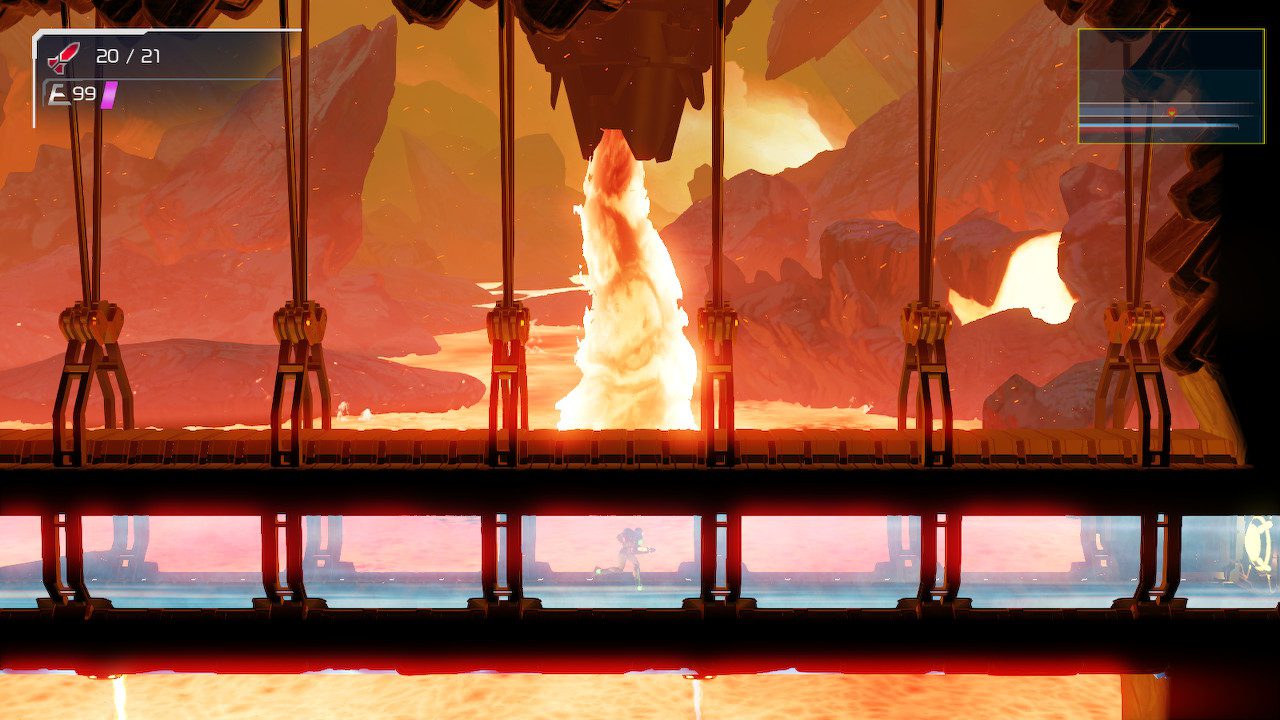 It’s not a sin that Metroid Dread commits egregiously, but I got a sense that on a few occasions, the team wasn’t quite sure how to shuffle the player to point B, so they went with the easiest solution. There’s still plenty of “I need to check the entire map and see where there’s a little sliver I didn’t go to” cartography shenanigans to be had, but the exploration-heavy nature of the series is betrayed a few times in favor of this system.

Still, it wasn’t something I was thinking about all the time. Where Dread comes through is that it’s always fun to play. When you start thinking of something that’s a downer, you don’t really have enough time to let it sink in and actually get you down. Even those minboss repeats can be a blast if you’re using all of your tricks and blowing them apart without thinking about it, looking cool all the while. The backgrounds are also highly impressive more often than not, especially when coupled with the brighter Switch OLED screen. I played the vast majority in handheld mode for that reason.

Metroid Dread doesn’t take a lot of big swings, but it rarely bats a foul ball. You can tell this was carefully crafted with existing fans in mind, but it’s not so heady that newcomers wouldn’t be able to pick it up. While we wait for proof of life from Metroid Prime 4, you can journey with Samus in another reliable adventure right now.