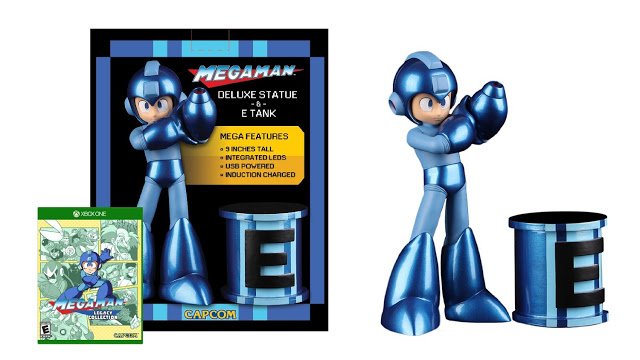 But it’s apparently not official

The physical editions of the Mega Man Legacy Collection are coming next month, and Amazon has just sprung a brand new bundle on us. It comes with a Mega Man statue and collectible E-Tank. If the former meets the latter, it’s buster and helmet light up.

Don’t get too excited though. Rockman Corner reached out to Capcom, and found out that it’s not actually an official bundle — it’s a curated edition specifically by Amazon. The “official” bundle is the gold Mega Man amiibo by way of the 3DS version.