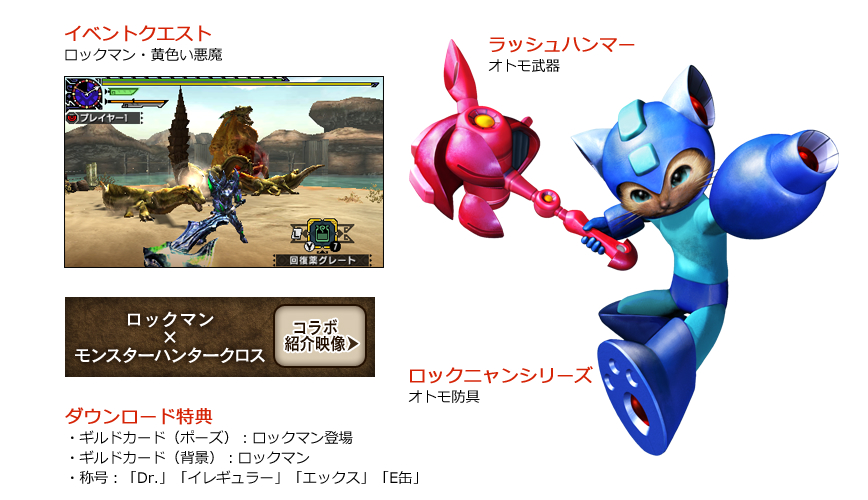 Capcom has just announced the latest add-on for Monster Hunter X (their new 3DS game that launched recently), and surprise, it’s Mega Man related. On February 25 players will get a Yellow Devil event quest, Rush Hammer weapon, and the Rocknyan armor for your Palico. There’s also a few guild cards and titles in tow.

So yeah, all of this sounds pretty awesome! Par for the course for Monster Hunter.