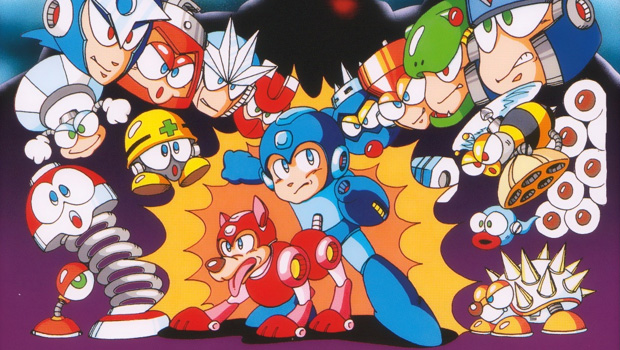 I’ve said it before, but Konami’s VRC6 Memory Management Controller chip was quite magical. Applied to a Famicom cartridge, it added three extra sound channels, allowing for richer audio. Just compare “Beginning” from the Western Castlevania III to its Japanese counterpart — it’s literally night and day.

Over the course of nine months, Atlanta-based chiptune artist RushJet1 used the power of the VRC6 to completely remake Yasuaki “Bun Bun” Fujita’s Mega Man 3 soundtrack. The original MM3 OST is nothing short of amazing in its original form, but RushJet1 takes it to the next level with tons of creative flourishes and interpretations. For example, this is Magnet Man’s NES theme, while this is the VRC6 update.

RushJet1 also took the liberty of playing through MM3 with the audio silenced, then laying his new tunes atop the game footage. When he gets to Wily’s Castle, things take a turn for the amazing. He even completely replaced the tune for Wily Stage 2 with a rearrangement of the final level theme from Mega Man III on Game Boy! And guys? Proto Man’s theme is more glorious than ever.

With a project such as this, you might find that you prefer some tracks as they once were and others in their remade style. That’s okay. As a whole, this is a grand tribute to an NES classic. I just wish he hadn’t left out the staff roll music. Minor quibble at best!