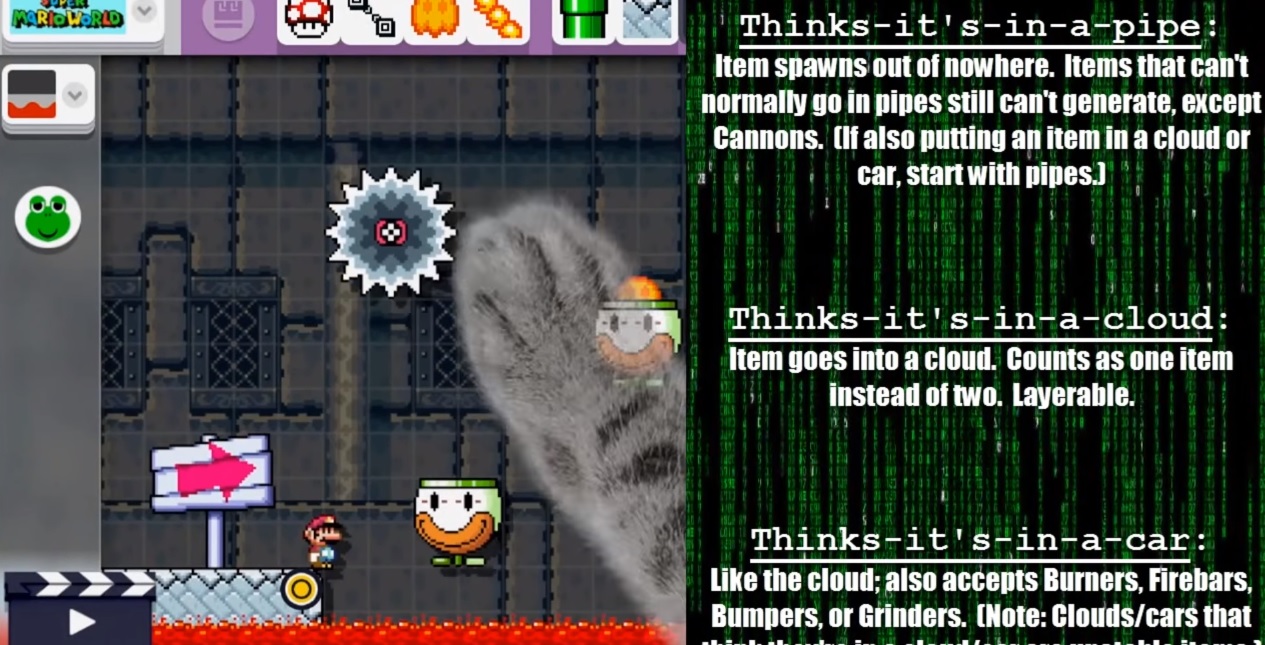 This is an interesting one

Super Mario Maker was a fantastic game at launch on Wii U, but it just needed some extra love and care to really be the best it could be. Nintendo sort of kind of obliged with a few content updates and some officially sanctioned levels, but after that string of light support — poof, they were gone.

For some time now other than the release of a crippled 3DS port the publisher has been silent regarding Mario Maker, which encouraged people like Psycrow to step in and inject some life into the scene. Psycrow figured out all sorts of interesting ways to break the game, which garnered a renewed interest in level creation, but Nintendo decided to ban him.

Here’s the worst part — rather than fix these glitches over time, Nintendo merely continues to ban Psycrow for creating them with the tools he’s given in-game. While I fully support bans being handed out in a competitive game like a shooter or MOBA title, given that most of Super Mario Maker‘s draw is based around creating levels it seems less imperative to ban folks.

So how does he keep coming back? Well, it’s a hilariously Nintendo worthy workaround, as he uses two Wii U consoles to system transfer over and over, a process that lifts the ban temporarily. After calling Nintendo’s hotline initially to request a lift they didn’t relent, so he figured out how to get around “an infinite number of bans.”

He is still uploading levels to the game, which are being played to this day by many and include bouts of raising money for charity. If it wasn’t for him there would be far less eyes on this project, and unlike many other publishers that embrace and reward their community, Nintendo is turning a blind eye to it.