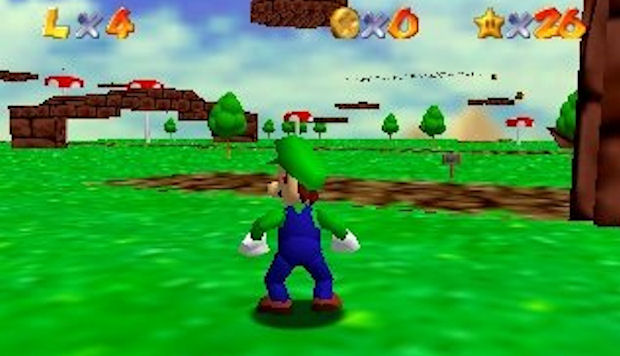 Impish game designer Shigeru Miyamoto is certainly cock-of-the-walk these days with his New Super Mario Bros. Wii and all the four-player chicanery it contains, but it’s taken the guy twelve years to get this far. The elven legend has been talking about Mario 64, and how that classic game once tried to do co-op.

“The screen was split and they went into the castle separately,” said Miyamoto, talking about how Mario and Luigi were meant to play together. “When they meet in the corridor, I was incredibly happy! Then there was also the mode where the camera is fixed and we see Mario running away, steadily getting smaller and smaller.

“That was a remnant of an experiment we did where Mario and Luigi would run away from each other but you could still see them both. But we were unable to pull it off.”

Only a fool could not love Luigi, so it’s a shame that this never really worked out. It would have made capturing that annoying frigging rabbit about a hundred times easier, at any rate.