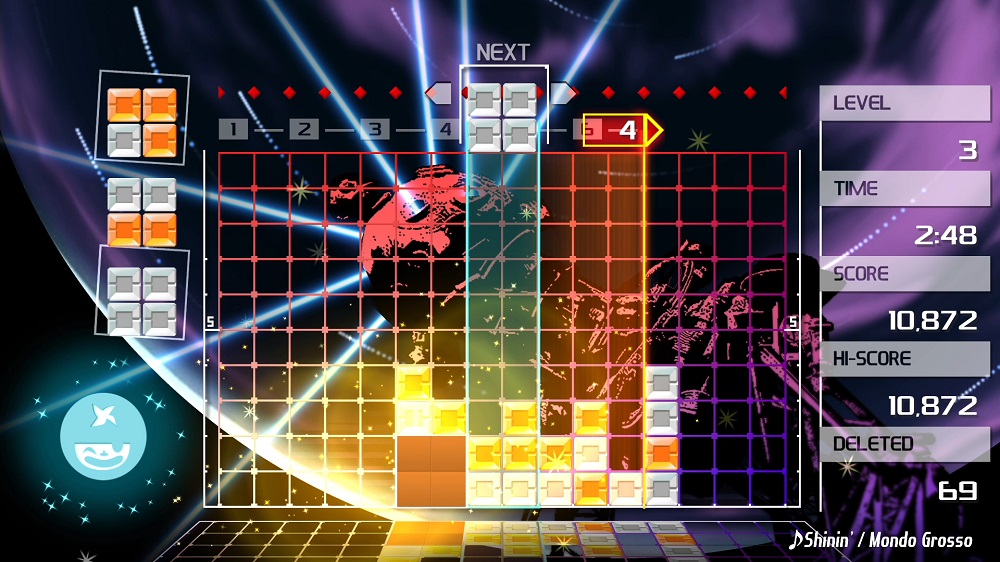 Does anyone know the way to blockbuster?

Beat-heavy puzzle title Lumines Remastered is to receive a physical release on PS4 and Nintendo Switch courtesy of those physical media fans over at Limited Run Games.

The original Lumines – designed by rhythm game master Tetsuya Mizuguchi – launched back in 2004 on the PSP, where it won over a ton of fans with its blend of addictive puzzle gameplay, sweet beats and unique use of light and sound. Lumines Remastered ramped up the resolution and music bit-rate for release on modern platforms in 2018.

Lumines Remastered will be made available in a standard release and also in a $140 Ultimate Edition, which includes a special light-up presentation box, vinyl soundtrack, a keychain, an enamel pin and a collector’s certificate hand-signed by Mizuguchi himself. Not bad at all.

The Limited Run edition will be made available to pre-order on Friday, April 26 at 10:00 ET / 07:00 PT / 15:00 BST over at the Limited Run website. The standard M.O. for these releases is for them to sell out in zero time, so be there on the dot if you’re after one of those Ultimate Editions.

Lumines Remastered is available now on PS4, PC, Xbox One and Nintendo Switch.

Are you a Lumines superfan? You’ll want to get the Ultimate Block Rockin’ Edition for Nintendo Switch, which includes the game, soundtrack on vinyl, certificate of authenticity signed by @Mizuguchitter, and more all in a light-up box complete with sound! https://t.co/5Lksol4sqo pic.twitter.com/nCFoizhMGe