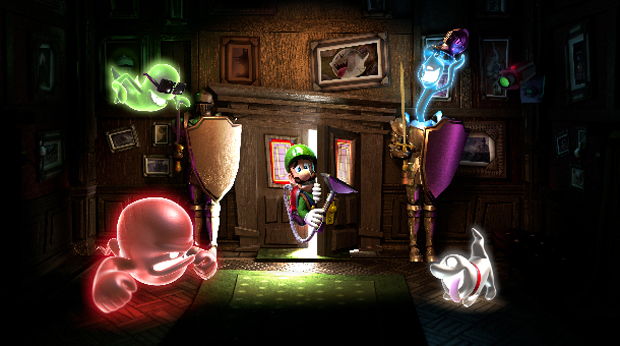 Luigi’s Mansion: Dark Moon (formerly known as Luigi’s Mansion 2) is almost here. True to the game’s ghostly allure, details around the game’s corporal existence remain shrouded in contiguity. Is this thing even real, or is it just a projection of vibrations from a game that once lived a long, fruitful life on the GameCube but has long since passed on to the other side? I don’t know! God damn it, I really don’t know.

The mysterious plot thickens further when you gaze into the portal of truth called Luigismansion.nintendo.com. There you will find unsolvable contradictions in time and space that defy all human understanding. On the right side of the screen, it clearly states “No. of Players: 1 player,” where in the area found to the left of your magic window you’ll find the text “…and a brand new local multiplayer mode.” Dogs and cats, living together, MASS HYSTERIA!

Stay tuned to Destructoid.com for the final word on this and many other Luigi’s Mansion: Dark Moon Mysteries.