It’s hard out there for a PK imp

Lucas is one of those characters that people will play no matter how good or bad he is in a given Smash Bros. game. Mother/Earthbound fans are like that. Just look at the comments in the announcement post for Earthbound Beginnings. The love and loyalty that Mother fans feel for the franchise is no small thing.

As nice as it is to be loved, it would be nice if Lucas had some advantages in life for a change. Anyone who’s played Mother 3 can tell you, the kid’s childhood wasn’t exactly fair. Thankfully, Smash 4 seems to have granted Lucas a few advantages over his Mother brother Ness, and some buffs from his initial Smash appearance in Brawl as well. 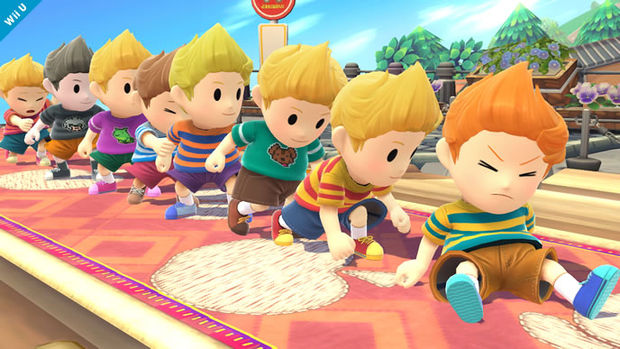 First, the cosmetic changes. Lucas now has alt shirts that feature his dog Boney, a baby drago, and even Mother 3 antagonist The Masked Man. Again, if you’ve played Mother 3, that will all mean a lot more to you. I don’t want to spoil anything, but I think it’s fair to say that seeing Lucas in that last shirt is a lot like seeing Luke Skywalker lounging around in a Darth Vader bath robe. It cool, but also a little creepy if you think about it for too long.

As for how Lucas plays, he seems to have all the same basic moves that he had in Brawl, but many have seen drastic changes. PK Magnet, his down B, is now much bigger, comes out a lot faster, does more damage, and can heal Lucas a lot more than before. Absorbing a fireball from Mario heals Lucas by about 12% now. It looks like he can only heal a total of 30% damage or so per stock, but more than that might be bordering on over powered, especially in light of how much more deadly this attack is as an offensive maneuver. 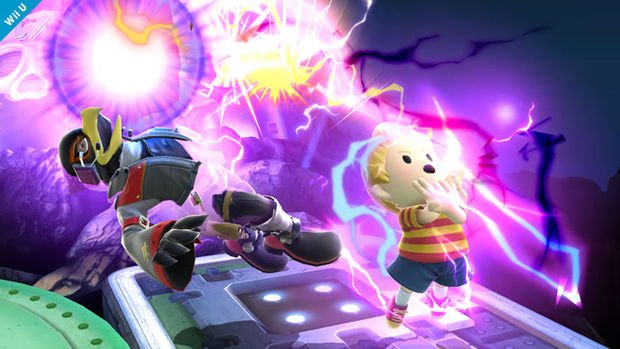 Lucas’s up smash also seems to have a larger hit box than it used to, traveling farther up and out than before. It’s hard to say if that’s just how it looks though, as Smash 4 is much more flashy than Brawl in general. We’re also hearing that his rope snake throw/tether has longer reach than it used to, though he can’t seem to use it to grab opponents in the air. It also looks like he can’t combo for as many hits with his neutral air.

So that’s a little about how Lucas looks in Smash Bros. 4. PK Magnet seems to have gotten the biggest buff in his arsenal so far, and the rest of his moves seem solid enough to keep him competitive. Sadly, he’s already been banned from EVO, so we won’t see how tournament level players handle him there, but I’m sure it won’t be long before some professional Smash 4 player shows us more of what Lucas has to offer.