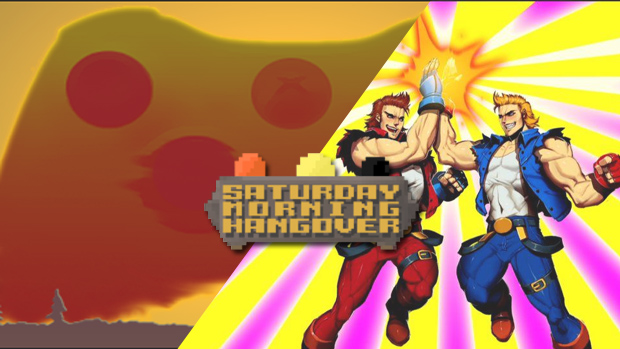 Well, okay, maybe not ‘televised.’ But streamed on the internet, which is like television but not at all. Don’t look at me like that.

Today is a very special Saturday Morning Hangover because it’s one of the few weeks out of the year I get to be genuinely excited about the content on Xbox Live Indie Games. We’re smack dab in the middle of the Indie Games Summer Uprising and nearly a third of the demos we’ll be playing come from this curated batch of games aiming to represent the best stuff on the service. But don’t worry, there’s still a whole bunch of questionable stuff that wormed its way in and we’ll play all of that too.

And then, following our demo run, I’m going to surprise Jordan by forcing him to play Double Dragon Neon with me. It’s… weird. I’m not sure if I like it, honestly. Maybe you can help me figure that out.

It all goes down at 10am Pacific over at Dtoid TV. Come, stay a while and marvel at two guys and a girl on a couch playing games. It’s a thing you can do!