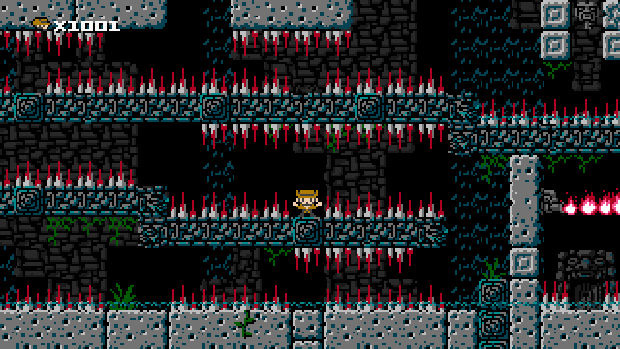 Between 1001 Spikes and Shovel Knight, this has been a great month for games that look and sound old but feel modern. If you’re in need of a break from the latter’s soundtrack, note that the music for 1001 Spikes is also up on Bandcamp for streaming and purchase.

For $2, you’re getting 69 tracks by Misoka and RushJet1. If you haven’t yet played the game, be warned: “Aban’s Theme” is so damn catchy. It’ll claw its way into your brain and refuse to leave.