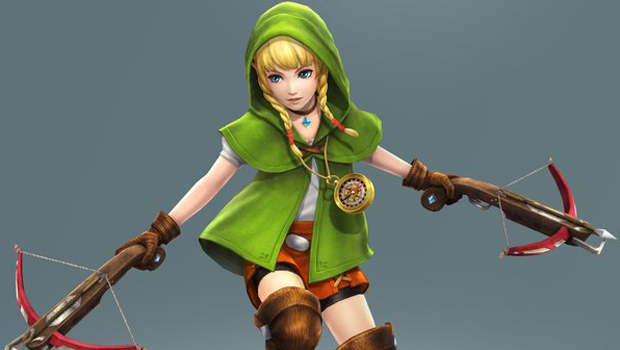 I hope Zeldathan is next

Looks like those eagle-eyed internet sleuths were right. Linkle, the woman version of Link who was previously revealed as a cut character from the game, will be making it to the upcoming 3DS re-release of Hyrule Warriors as a standard character. She’ll also be available in the original Wii U version of the game via DLC.

Though Linkle’s design is based on Link, she’s a unique character in her own right, armed with dual crossbows and  a spin kick special. It looks like she’s a hunter from a town that’s overpopulated with cuccos, which we can guess will factor into some new story content for the game. I wonder if she’ll end up saving a prince or fighting a red haired woman named Shanondorf?

Pinkle, one of Nintendo’s previous attempts at an alternate, gender-bent version of a pre-existing Zelda character, was not met with the warmest reception. We can hope Linkle has an easier time winning over audiences when she debuts in Hyrule Warriors Legends early next year.