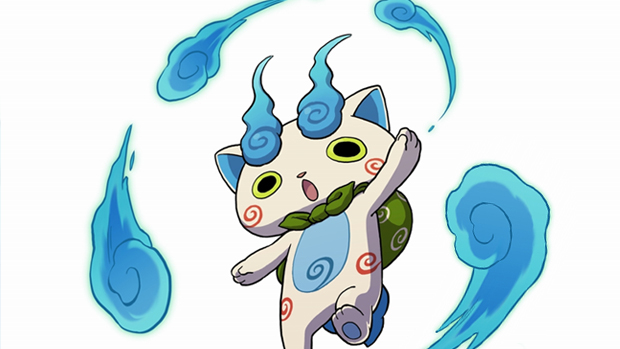 Yo-Kai Watch 2 out today in Japan

It isn’t hard to see why. The Pokémon-like property is a phenomenon in Japan, vaunting a million-selling Nintendo 3DS RPG, two manga series, and a popular anime. There’s even a feature-length film in the works slated for this December. And then there’s the merchandise. Oh boy, is there merchandise. Suffice to say it’s a hot commodity, especially with the kids.

It sounds like Level-5 put a lot of research into making Yo-Kai Watch as marketable as possible. The franchise has cute mascots, a relatable protagonist and, much like Pokémon, the sequel has two versions to choose between.

“When planning the first Yo-Kai Watch, I already thought to release the sequel as two different versions,” Hino explained to Weekly Famitsu. “Children like having things that other people don’t have, so from a marketing perspective, having two versions is a good idea.

“Also, a lot of people play Yo-Kai Watch with their parents,” Hino continued. “Where people would have some hesitation about getting two copies of the same game, if you have different versions, it’s a lot easier for them to buy both.”

Yo-Kai Watch 2 released in Japan today for the Nintendo 3DS. And it seems like only a matter of time before Level-5 takes the show on the road with designs of establishing a strong global brand.