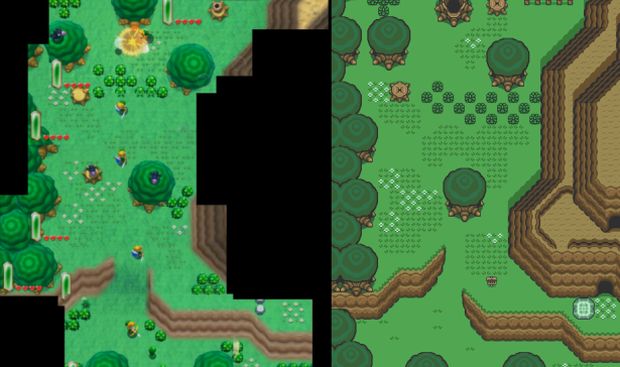 Also here’s the trailer in case you missed it

Yesterday Nintendo announced a new Zelda game set in the same world of The Legend of Zelda: A Link to the Past. This sequel of sorts takes place in the Hyrule from the Super Nintendo era, and a user over on Zelda Informer compared the new map directly against the old map.

As you can see, it looks largely the same with some changes here and there. Yes, exciting stuff, I know. Oh yeah, here’s the trailer for the tentatively named The Legend of Zelda too. You can go see it in 3D through the 3DS eShop.