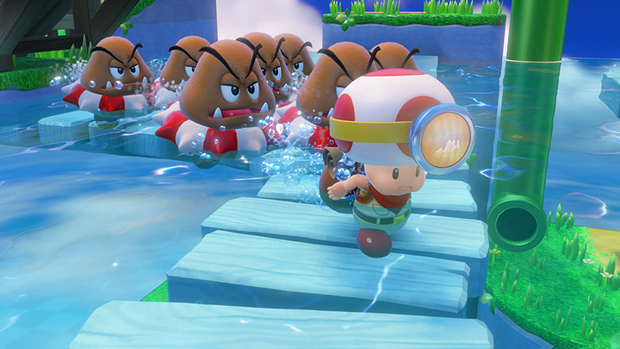 As far as “games at PAX Prime I want to see” go, it’s mostly a) a bunch of indies and b) whatever Nintendo’s bringing to the show. While that second list is sadly missing Yoshi’s Woolly World and Kirby and the Rainbow Curse, there’s still a decent lineup this year:

For those of you in Seattle next weekend without a PAX badge, there will be opportunities to try out a couple of titles. Nintendo will have roaming demos of Super Smash Bros. for 3DS around the city on Friday and Saturday — follow #SmashBash for details.

Also on Saturday, Hyrule Warriors will be playable at the Renaissance Seattle Hotel at 515 Madison St. from 7:00 to 10:00pm Pacific on a first-come, first-first served basis. If you show up cosplaying as a Legend of Zelda character, you’ll be fast-tracked through the line.