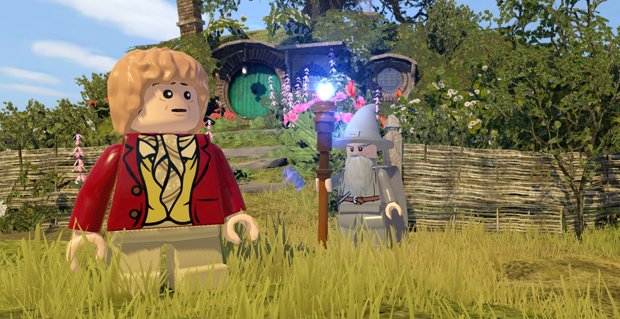 This trailer for LEGO The Hobbit checks all of the usual boxes for these titles. Coming off of LEGO The Lord of the Rings and its rather neat open-ended world, I’m curious to see how this new game will differ. The silliness is still firmly in tact, but that’s a given at this point.

LEGO The Hobbit spans the first two films of Peter Jackson’s trilogy, An Unexpected Journey and The Desolation of Smaug, the latter of which we get to see only a little of here. I suppose there will inevitably be a follow-up game, then? We need closure! The audience I was a part of for Smaug groaned so hard at that closing shot. Not sure what they were expecting.