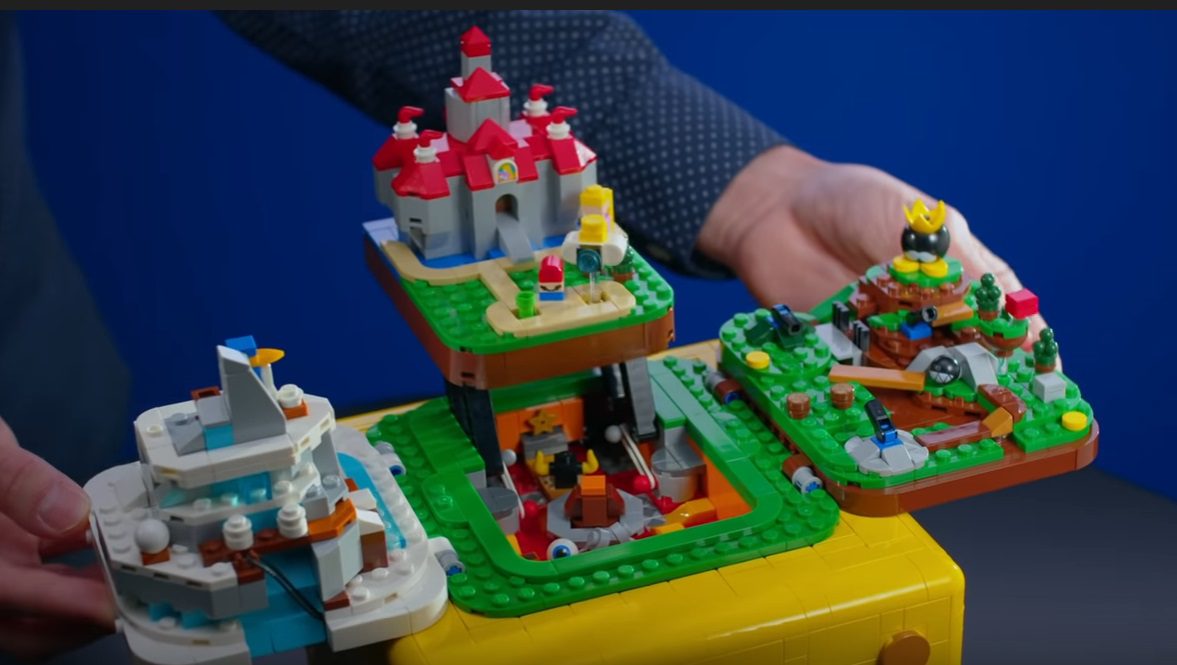 This question block hides many bonuses

Nintendo and LEGO and collaborating once again for a great new addition to the burgeoning LEGO Super Mario toy line. As revealed by Nintendo of America on Twitter this morning, fans will soon be able to get their mitts on a LEGO replica of the iconic Super Mario 64 “?” block, but one that hides many more secrets than originally meet the eye…

As you can see from the teaser video, the LEGO Super Mario 64 ? Block — once fully constructed — can be opened up and unfolded to reveal cute miniature dioramas pulled from the beloved Nintendo 64 release. We can see the Cool, Cool Mountain, the Bob-Omb Battlefield, and Princess Peach’s castle, along with stylized LEGO pieces of King Bob-Omb, Princess Peach, and, of course, Mario himself. The worlds neatly fold in and out of the block in a smart bit of design.

The LEGO Super Mario 64 ? Block was spoken about in hushed whispers earlier this week, with LEGO offering a short teaser just yesterday. According to information received by LEGO fansite Brick Fanatics, the final build will feature 2064 individual pieces and is set to launch October 1 at a cost of around $170/£160. The ? Block set joins the LEGO Super Mario line alongside previous releases such as the Master Your Adventure starter kit, the Bowser’s Airship set, and numerous expansion packs.