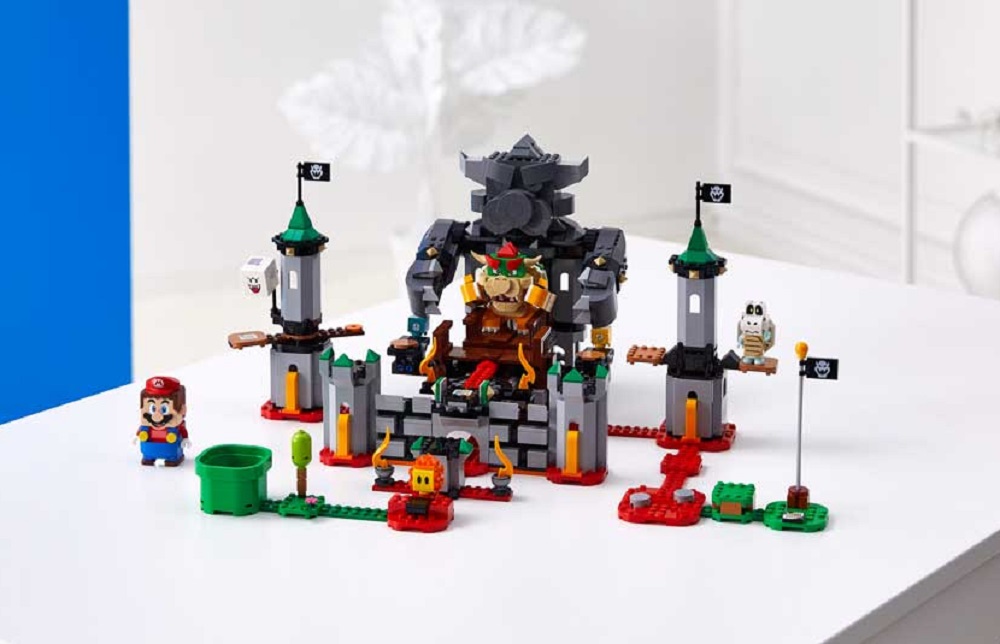 Lego is the plural for Lego

Nintendo and The LEGO Group have officially announced that their previously revealed LEGO Super Mario sets will be hitting the high street August 1, launching a new brand that marries the colour and creativity of the LEGO franchise with the action-packed adventure of the Super Mario universe.

Launch day will see the arrival of the Mario Starter Course ($59.99 USD); the Piranha Plant Power Slide Expansion Set ($29.99 USD) and the pricier Bowser’s Castle Boss Battle Expansion Set ($99.99 USD). The Starter Course is an essential purchase, as it contains items necessary to “unlock” the LEGO Super Mario world, most notably the interactive figurine of the famous plumber himself.

“Super Mario has continued to appear, always in a form adapted to the current hardware of the time,” said Nintendo Executive Officer Takashi Tezuka. “I am thankful that in this project with the LEGO Group, Mario is jumping out of the digital world of game consoles and smart devices, and we are able to bring him into the world with a new, physical type of Mario play. It’s very exciting to think of LEGO Mario becoming a real friend to children and to picture them playing in their very own Mario world that they imagined themselves.”

Originally revealed back on March 10 – or “MAR10 Day” – LEGO Super Mario allows kids to create their own Mario Bros-style courses, before leading the mustachioed hero through their custom stages, collecting coins, dodging hazards, and bopping baddies. It looks like a really neat concept, and as I’ve noted before the LEGO and Super Mario brands are made for each other.