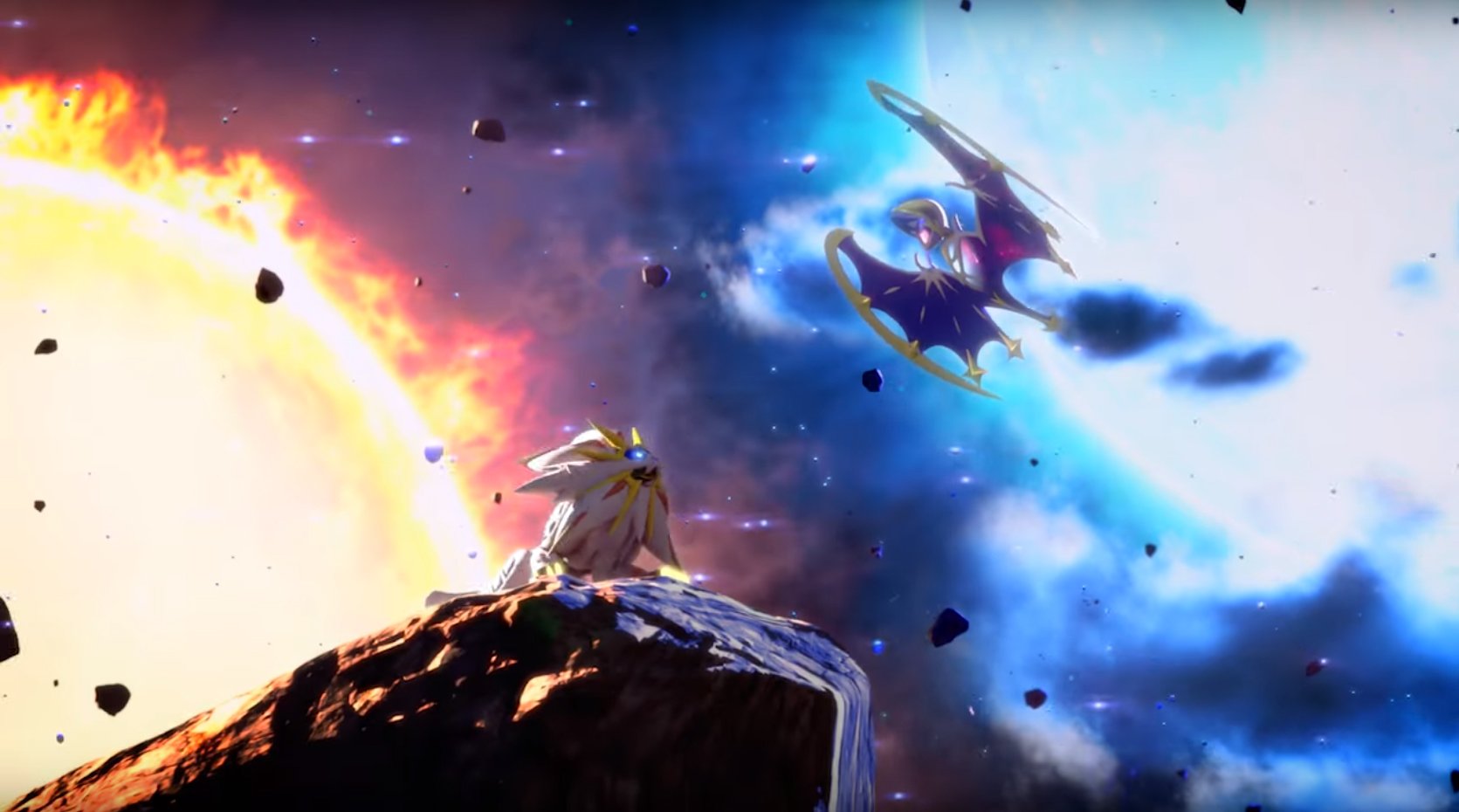 Warm your cold heart with a hot island rhythm

We’re getting really close to the release for Pokémon Sun and Moon, and the Pokémon Company is releasing trailers regularly. Today’s is called the “Legendaries trailer,” yet despite that the two Legendary creatures don’t get a lot of screen time. They do look fantastic in their segments though, and it’s safe to assume that the fully rendered Solgaleo and Lunala will be part of Sun and Moon‘s opening sequence. There may be some spoilers discussed here, so if you’re planning on visiting Alola blind, it might be best to turn back now.

The first part of the trailer shows off some of the different locations you’ll be visiting when Sun and Moon release. The cities shown all look very distinct, and the art direction looks great considering the limitations of the hardware. Ridable Pokémon make a big return here, with something called a Ride Pager shown. It looks like you can hang glide on a Charizard’s back, sniff out hidden items with a Stoutland, fish from the back of a Lapras, or smash through water obstacles on a Sharpedo. (It doesn’t count if you don’t sing “I’m a shaaaaaark” as you do this last one.)

Some new creatures are shown off, including a lizard-like Pokémon that looks like it could have a Fire/Dark typing similar to Litten. Marowak gets an Alola Form, and it seems it’ll gain the Fire type to spin its bone around in a manner similar to Polynesian fire dancers. We’re also introduced to some people that’ll be opposing Team Skull, a group calling itself the Aether Foundation. What’s more, Professor Oak will apparently have a cameo.

There’s a mention of a new type of creature called “Ultra Beasts,” and the in-game avatars are shown reacting to one of these like Laura Dern in Jurassic Park. The trailer then moves on to combat, and it seems like each of the powerful new Z-attacks have an accompanying hula move performed by the trainer. Five of these are shown, including a couple we hadn’t seen before. Never-Ending Nightmare sounds like a Ghost-type attack, and All-Out Pummeling must be the Fighting-type move. The Fire, Water, and Grass Z-moves are also demonstrated: Inferno Overdrive, Hydro Vortex, and Bloom Doom.

Pokémon Sun and Moon will release November 23, just before Thanksgiving. And while we’re on the subject, don’t forget to download Hoopa while you can, as the promotion ends on Sunday, October 9.