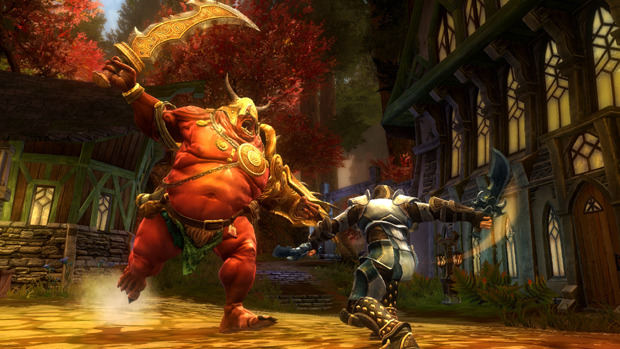 EA have released a lengthy 22-minute gameplay demonstration of Kingdoms of Amalur: Reckoning, the Fantasy Action RPG by Curt Schilling’s 38 Studios. Commentary is provided throughout by Lead Designer, Ian Frazier, and Lead Combat Designer, Joe Quadara. The demo takes place mostly in the area of Brigand’s Hall Cavern, a hideout for cultists summoning creatures of chaos. A perfect place to show off the combat system, then.

The demonstration is battle heavy, but also shows off the other complex systems in place. The Destinies system is particularly interesting. You unlock new classes as you level up and you’re free to change between them when you want. This means you can concentrate on spending the first ten minutes choosing how you want to look, rather than how you want to fight. Kingdoms of Amalur: Reckoning is currently scheduled for release February 2012 on both PS3, 360 and PC.