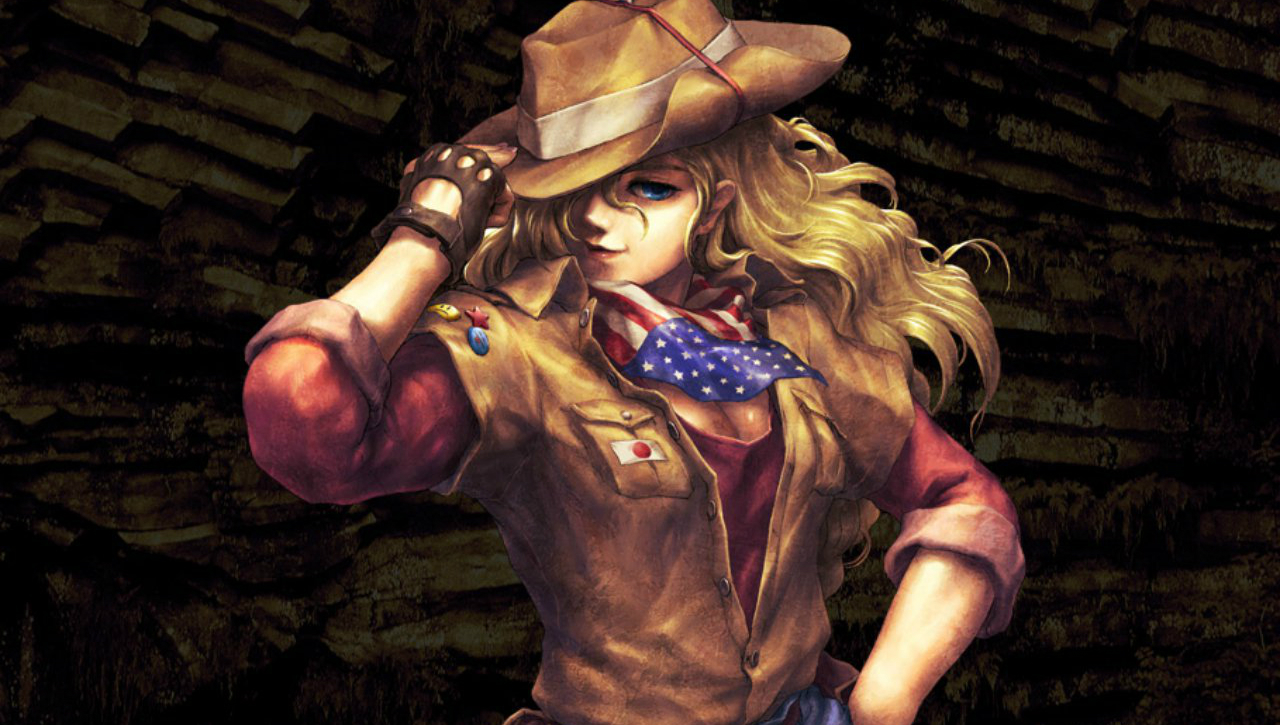 And I look forward to it

It tried its damnedest to make me quit at every turn; with its obtuse puzzles and tricky platforming, I don’t feel it’s hyperbole to say it’s the most difficult game I’ve ever played. But underneath all the punishment was a memorable metroidvania in an enjoyable historic (and a delicious soundtrack).

We’ve heard that the La-Mulana 2 will be more intuitive than its predecessor without sacrificing the series’ trademark difficulty. At PAX Prime, I had some hands-on time with the sequel that seems to confirm this, but I fear I still might need to rely on a walkthrough to navigate this maze. 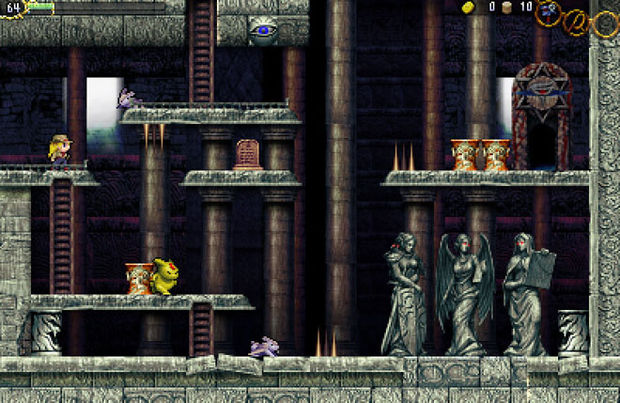 Since the interface and overall graphical style of La-Mulana 2 looks almost identical to the original, it’s appreciated that the new character is distinctive enough that you’ll know which game you’re playing. Instead of inhabiting the Indiana Jones-alike Lemeza Kosugi, you’ll be playing his (maybe) daughter Lumisa. Skill-wise, the only major change I noticed is Lumisa seems to have slightly more air control; instead of being locked into a forward jump, you can ease off a bit. Though I eventually acclimated to the strict leaping rules in the first game, I immediately felt more comfortable exploring the ruins in this demo.

That comfort was obliterated in approximately one minute. While a jovial PR rep was telling me that puzzles aren’t necessarily easier, so much as they have better signposting, I stumbled through trap after trap and wandered up to a boss. I was supposed to whack him in the face, but he kept charging through and knocking me down, killing me in a few quick blows. This happened about four times, until I gave up and went in a different direction. 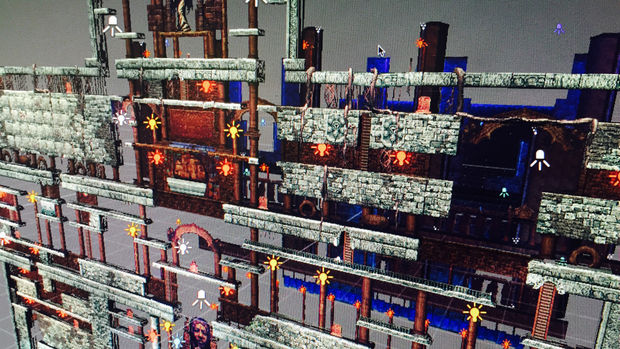 Another change is that there’s a more noticeable sense of depth (at least in the stage that I played). La-Mulana 2 is built in 3D in the Unity engine, as seen above. Though this first area didn’t play with this too much, I imagine the late-game ruins will use this newfound depth to their advantage. I’ll be damned if clues to certain puzzles won’t be hidden in the background.

With such limited time and access to the demo, it’s hard to get a sense of whether the signposting has actually been improved. The first game played a sound effect when you had advanced a step in a puzzle, but there was often no clear way to figure out what exactly had changed. The platforming and bosses still feel as tough as ever, but a series like La-Mulana really demands at least a few hours to see just how inextricable the labyrinthine ruins will end up being.

The PR rep ended our meeting by saying that when they polled players about difficulty, Japanese players overwhelmingly wanted the sequel to be easier and the Western players wanted it to be harder. They’re trying to strike a middle ground here with tricky riddles that still require a sharp eye, and more forgiving platforming. We’ll see how that turns out when it launches early next year.