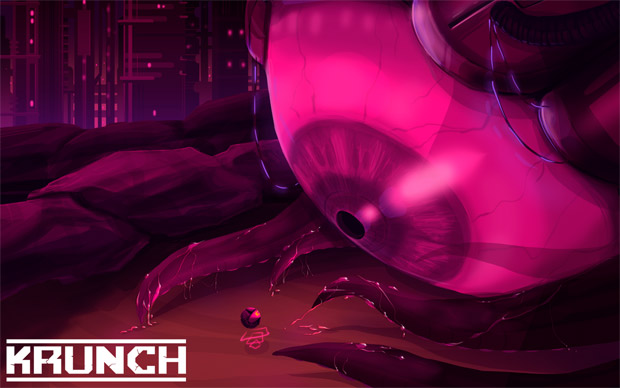 Out now on Windows, Mac, and Linux

Aimed at fans of games such as VVVVVV and Super Meat Boy, LeGrudge & Rugged’s Krunch is not for the faint of heart. I’m not even sure what genre descriptor to use here, despite having played a bit for myself, but watch this trailer to get some idea.

Though it might initially appear to be a platformer, it isn’t — at least not in the traditional sense. Your character is a floating robot attempting to escape countless rooms that are closing in on it, so there’s no jumping. There are, however, lots of dangerous obstacles to avoid bumping into, and your health is constantly draining. Also, boosting further drains your health. Did I mention that this game can be intense?

Krunch is available now on Windows, Mac, and Linux, free of copy protection. Check out the slick website, which also offers a few tunes off the soundtrack, including one from Disasterpeace. I’m unsure how I managed to avoid hearing about any of this until now.