In a recent article on Kotaku, writer Patricia Hernandez pointed out that, while Nintendo will censor asses, it has no problem showcasing a delicious penis.

She used Animal Crossing: New Leaf as evidence, criticizing Nintendo’s hypocrisy for censoring an ass in Fire Emblem while allowing Michelangelo’s David to strut his stiffening stuff. Well, like her, I also have New Leaf, and I can confirm Animal Crossing is actually pretty consistent with the dong-to-derriere ratio.

After getting a visit from art dealer Redd in my own town (the noble town of Chungus), my eyes were naturally drawn to the pebbly posterior you see before you. While Kotaku would have you believe that Nintendo is anti-bum, I have evidence that it considers both the front and the back door equally valid — at least as far as New Leaf is concerned. 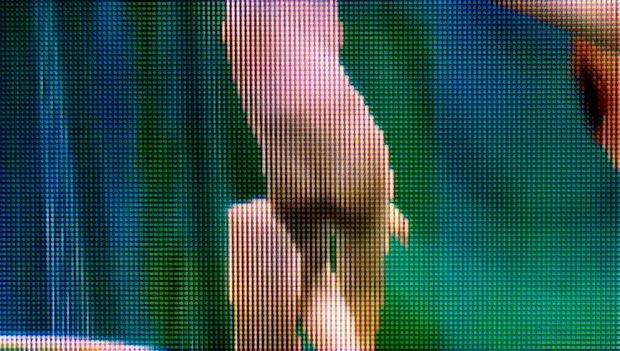 Our scientists have zoomed in on the offending article, and enhanced the image, allowing you to have a really close look at the contours of each plump cheek, as well as observe the shading definition at the point where two innocent thighs become unmistakable territory for sin and degradation.

Why did Kotaku hide this from you? Was it part of some anti-penis agenda? That’s not for me to say. That is for you to say — a lot. Like, all the time. Start saying it now.