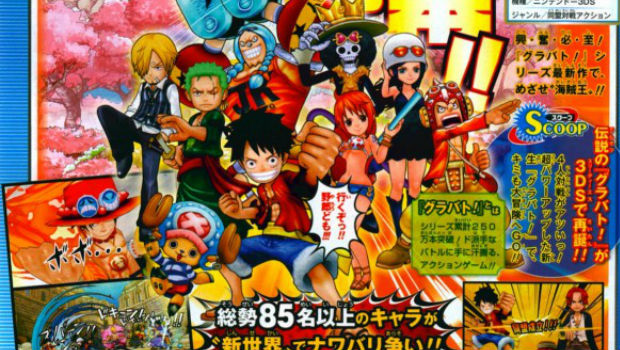 A new One Piece game

One Piece is coming off its fresh Unlimited World Red release, and into the fire yet again with a a brand new release. Jump has just revealed One Piece: Super Grand Battle! X for the 3DS. It’ll arrive this winter in Japan, and will have over 85 playable characters.

The visual style is in chibi format (which fits the series quite well actually), and battles will take place in a four-person format — you build teams of two main and two support characters then unleash your team on enemies.