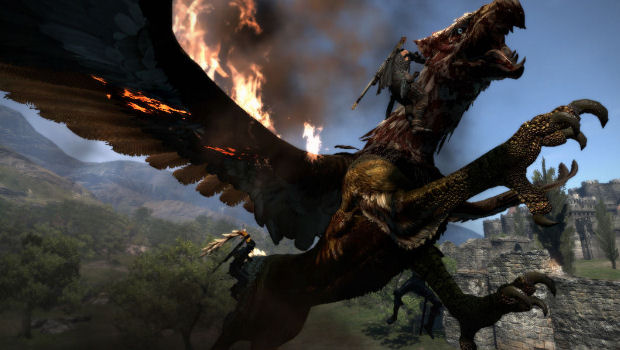 Dragon’s Dogma makes me feel sorry for monsters. That’s the biggest problem I had with the game, which I otherwise might have had fun with. The demo at PAX put me an an A.I. controlled team of “pawns” against a huge griffin, and it was quite breathtaking. By the time it finally stopped moving, however, I felt like a villain.

Nobody ever really thinks about monsters in videogames, and how they might feel about the fact that four heavily armed people get to gang up on them. Sure, the battle was lengthy and the griffin was vicious, but once I shot it in the wings enough times and it came crashing to the ground, it didn’t seem fair.

This was all before my party and I set fire to it, and it started bleeding from the face. This burned, blooded, screaming griffin was writhing on the ground in agony, and we surrounded it with knives and arrows and magical spells. Dragon’s Dogma was the best asshole simulator at PAX.

I actually did think it was pretty fun … but I didn’t feel good about myself.