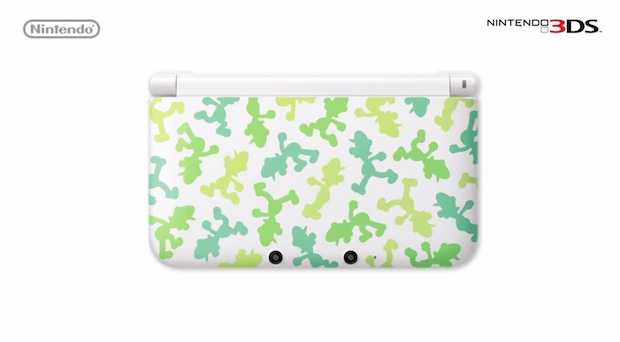 I do love our newly announced Animal Crossing: New Leaf hardware 3DS XL bundle, but it’s still not as nice as the new Luigi 3DS XL system announced for Japan this morning during their Nintendo Direct broadcast. The grass is always greener, right?

Nintendo Japan celebrates the Year of Luigi with this green-on-white 3DS XL, featuring an adorable Luigi silhouette pattern. The bundle comes with Mario and Luigi: Dream Team pre-installed. Nintendo says that this system will launch in Japan on June 18th, alongside the game.

Filed under... #DO WANT#Hardware#Luigi#Nintendo Direct