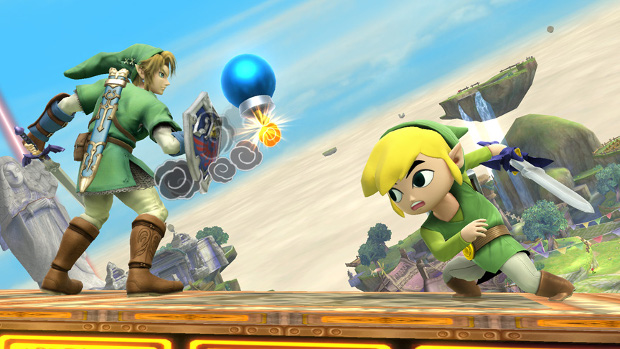 As in… Smash Brothers?

After wrapping up his press conference on how to overcome Nintendo’s current financial disappointments, Nintendo President Satoru Iwata took questions from the press. When an analyst asked why Nintendo revamped its organizational structure to include both consoles and handhelds, Iwata responded that there is no longer the same huge technological gap between home consoles and handhelds, in part because handhelds ran on batteries.

Iwata went on to state that he’s not sure if future Nintendo handhelds and home consoles will be merged completely, but that going forward, he wants the two to be “more like brothers.”

To me, that means giving us the option to play online against 3DS players on the Wii U in games like Super Smash Bros. 4. Many of you are probably thinking that it should also mean a universal OS for all Nintendo consoles, and cross-buy between Wii U and 3DS Virtual Console releases.

It will be interesting to see if these kinds of moves would help transfer some of the 3DS’s success over to the Wii U. Would you 3DS owners be more likely to get a Wii U if you knew you could bring your 3DS Virtual Console games to the big screen, and play online with your 3DS friends using your home console?