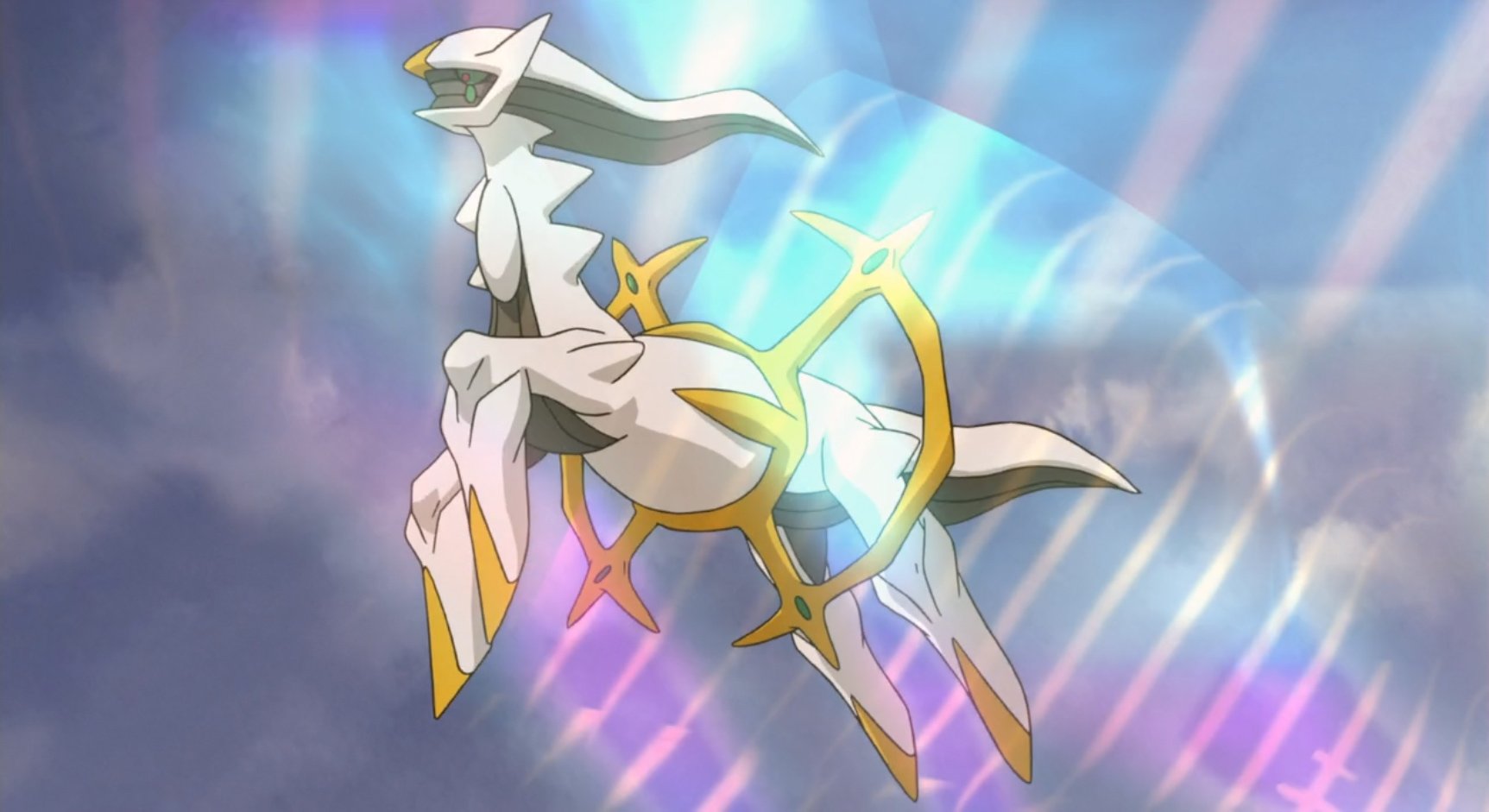 But it will be soon!

Arceus is one of those Pokémon I’d rather not think too hard about, if I’m being frank.

Not because of its design, or its abilities, or whatever other criteria we might use to judge these creatures against each other. Nah. It’s the lore! The uncomfortable idea that a child went out and captured a creator deity and is now more than likely holding it hostage in some random PC.

Per the ever-helpful if occasionally browser-melting Bulbapedia:

“Arceus is thought to have created the Sinnoh region and possibly the entire Pokémon world, the lake guardians: Uxie, Azelf, Mesprit, and the creation trio: Dialga, Palkia, and Giratina. Because of this, Arceus is thought to be one of the most long-lived of all Pokémon species. It has the power to recreate the creation trio as well, presumably to guard the dimensions when a Trainer has caught one of them. According to the anime, its power can also bring back things that it once destroyed, make certain things vanish into thin air, or to halt time.”

Heavy stuff. That said, I can sympathize with the continued desire to max out your Pokédex, gods be damned. If you fell behind on Game Freak’s distribution events this year, consider this your second chance to nab Arceus in Pokémon X, Y, Omega Ruby, and Alpha Sapphire. To claim The Original One, head to the Mystery Gift option in-game and enter the following code for your Arceus gift:

This specific event ends on Saturday, December 31. And then we drink.