This all looks & sounds so familiar

The Legend of Zelda: Tri Force Heroes is the first Zelda game for the 3DS to utilize co-operative play in a series that has traditionally been a single-player experience. So why does it feel so familiar?

I played Tri Force Heroes this past weekend at the Brasil Game Show and it was an absolute joy to finally get back to the top-down adventure genre after nearly drowning myself in Star Wars Battlefront and Halo 5. Even though everything was in Portuguese, there was something so oddly familiar about this game. For instance, there is this moment where you come across a guy who is all “Grumble, Grumble” and you’re given no explanation on what you’re supposed to do next; but as a Zelda veteran who would never confuse one game in the series with another, I somehow knew to immediately hand that guy some food and go on my merry way. 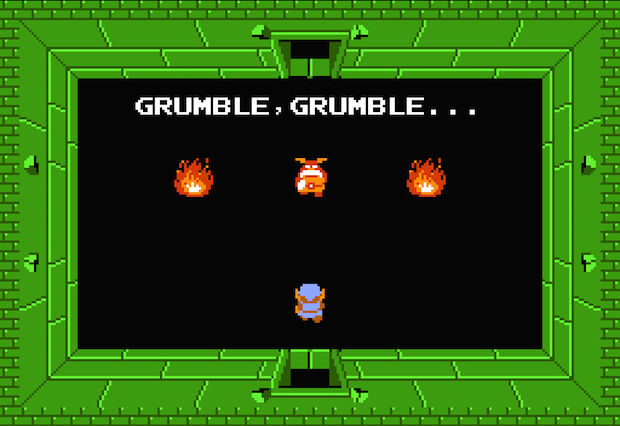 I swear there is something so familiar about his screen, but I can’t quite put my finger on it.

Another instance in the game had me battling this four-headed plant monster that kept spitting fireballs at me. I thought this boss battle would be a snap with two other players, but for whatever reason I couldn’t connect with the other gamers around me and had to defeat it myself.

While I initially thought this would prove to be too troublesome, muscle memory allowed me to beat it in just a few minutes, as if I had played it time and time before. It’s a testament to the pedigree this new game is built on as the action of the Legend of Zelda series has been solid since the very first entry. 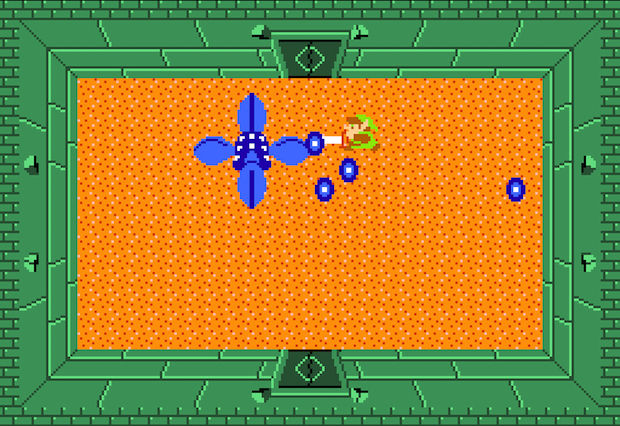 Something about this boss battle just says “been there, done that.”

I was easily able to complete the game in one sitting, but if I’m being honest, I did nearly quit during one point where this forest section just repeats over and over and over again. How a design choice like that found its way into a game in 2015 is beyond me.

Graphics don’t make the game, but if you ask me this may be the worst-looking Nintendo 3DS game yet. Maybe I was spoiled by all the other games at the show; or maybe I’ve been playing games on my 3DS for about five years now and there’s nothing left they can do to impress me. Whatever it is, I can say for sure that Tri Force Heroes does nothing to push the limits of the Nintendo 3DS with its blocky, pixelated graphics and poor animation.

I mean really, Link can only stab forward? Where’s the spin attack? Where’s the magic meter? Why do the enemies keep flickering on the screen? This game was designed for a handheld gaming system made in 2011 yet it feels like it could barely run on a console manufactured in 1985. 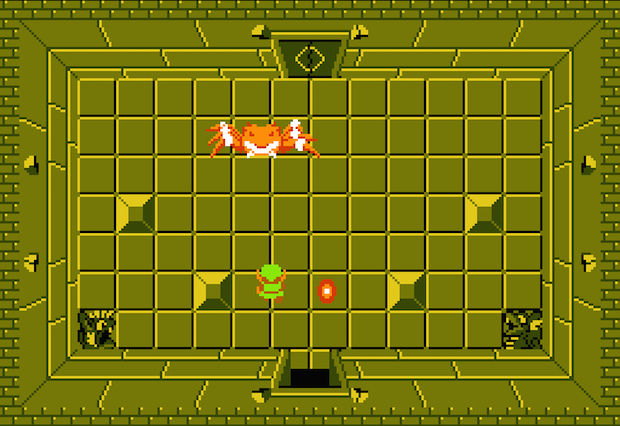 Is this the best the 3DS can do?

But graphics and animations don’t make the game. Even if Tri Force Heroes somehow turns out to be the prettiest game of all time, it’s still not new. This is a complaint that has been leveled at the Legend of Zelda series for many years, I think, with gamers arguing the series sticks too closely to its roots. After playing through this game, I have to agree because it’s literally more of the same.

Another epic adventure that has players traversing through dungeons in search of the Triforce shards is what many of you want, so hooray! On that front, this game delivers. Me? Not so much. I just found the experience to be all too familiar, like I’ve played it 10 or 12 times before over the course of the last 20 years.

As a Zelda veteran who knows the series like the back of his hand, I can only express disappointment over what a retread The Legend of Zelda: Tri Force Heroes is. I guess for me, the only way I can enjoy a gaming experience that is new and fresh in 2015 is to pop in a copy of Uncharted 2: Among Thieves.