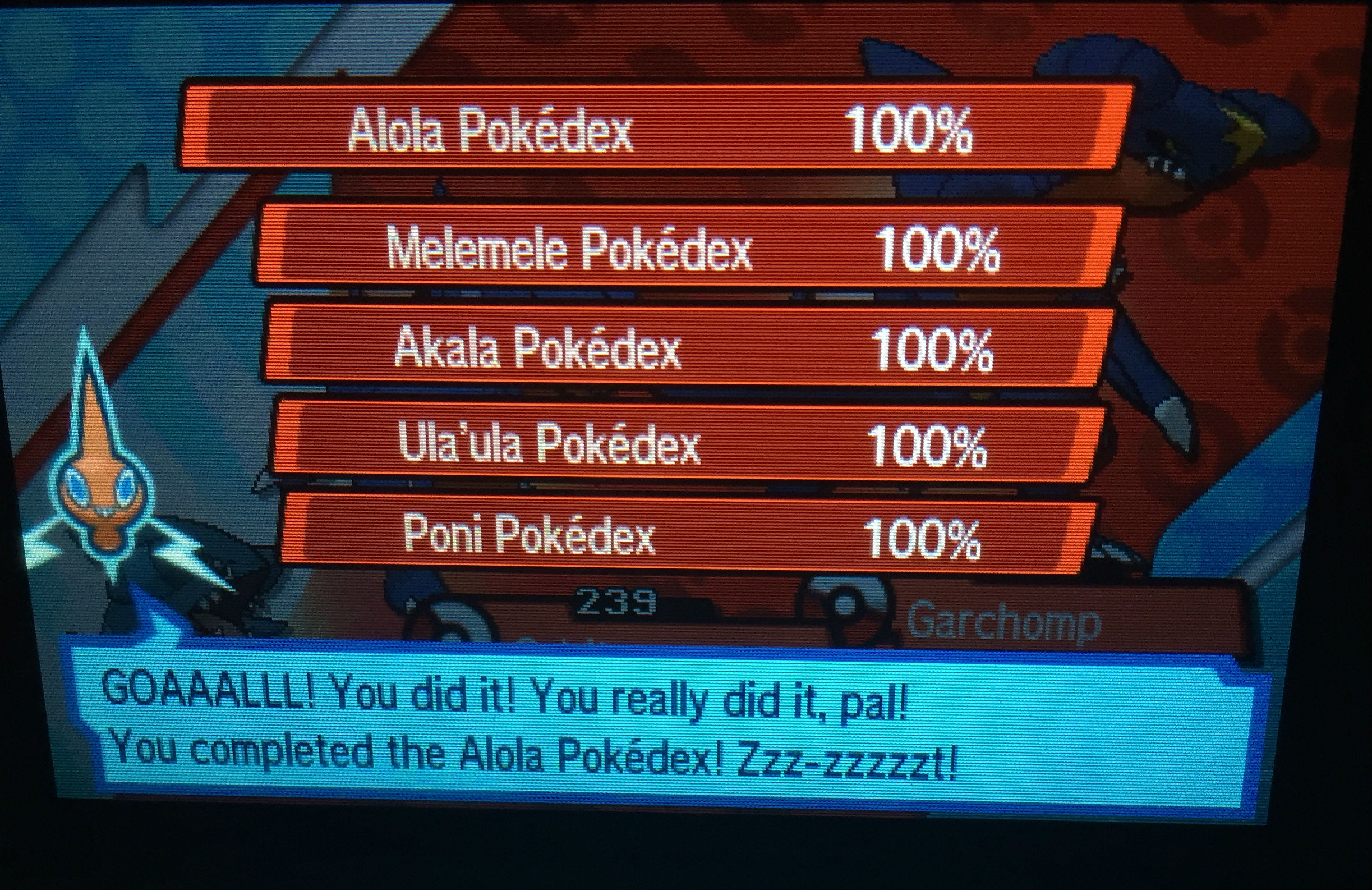 So last night I finally did it — I 100%ed the Alolan ‘Dex for Pokemon Sun and Moon.

I mean, “finally” is relative as I’ve only had the new entries for three weeks now, but still! I feel like I accomplished something, and when the National ‘Dex rolls around in January (along with the bank) I’ll be ready to fill it up with everything I’ve acquired from every recent game, plus X & Y and ORAS. In other words, come January, I’ll have everything again.

For the most part, it’s a “living Dex.” What I mean by that is that I actually have around 90% of the required Pokemon in my bank, rather than just “owning” them at one point and trading them away. Most of the missing ‘mons are by way of previous evolutions that I haven’t fully re-captured/bred yet. I did it by way of two copies of Pokemon, one Moon from Nintendo for my review, and another Sun I bought on my own. This allowed me some leeway on getting both sets of legendaries.

So where are you at?

[Spoiler: For your efforts to 100% Sun and Moon, you’ll get a Shiny Charm, which increases the shiny encounter rate, and stamps at the Game Freak HQ.]