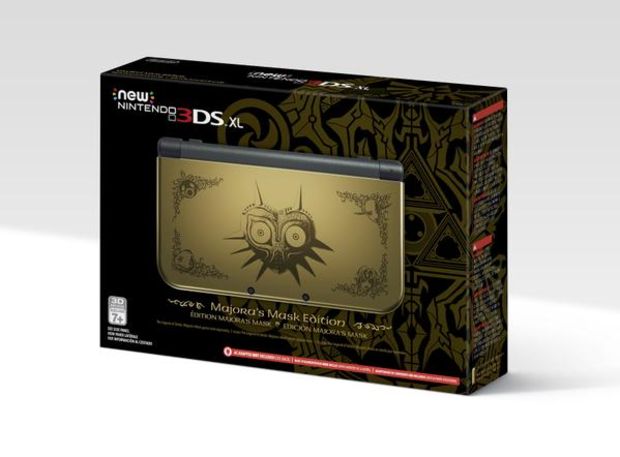 [Update: as of 1PM EST today, many stores in multiple areas are sold out of pre-orders both online and instore.]

After covering the Nintendo Direct event this morning, I took a field trip to three of my local GameStop locations to discuss the New 3DS XL pre-order situation. As an aside, the Majora’s Mask New 3DS XL just sold out on GameStop.com.

As stores open across the country this morning, GameStop is just getting in their corporate news blast on the SKUs. If you want the red or black New 3DS model, have the employee double-check the SKU to make sure you’re getting the right color, as the listings aren’t fully in the system yet. If you want the Monster Hunter 4 bundle, that SKU is $229.99. I was told you should have plenty of time over the next few days to get your order in for these models.

As for the Majora’s Mask 3DS, I was informed that in order to have an in-store request put in, you need to pay off the system in full — that’s $199.99 upfront as opposed to a $50 deposit for the other models. They expect that to be fully sold out today.

Other stores such as Nintendo.com have “coming soon” listings on their sites for the New 3DS, so GameStop is your best bet right now.